The Sussex Baby was born! The Grand Fixed Cross over 11º Published: 6th May, 2019 I Author: Smiljana Gavrančić

The Sussex Baby was born!
The Grand Fixed Cross over 11º
Published: 6th May, 2019 I Author: Smiljana Gavrančić 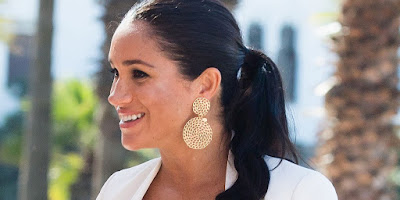 Not long after the news of the birth, Prince Harry made a statement to gathered journalists. He said that Meghan and the child were healthy and that he was “over the moon” with excitement.

Harry and Meghan’s baby boy is not a prince... Unless Queen Elizabeth issues a Letters Patent declaring otherwise, Harry and Meghan’s son––and any future children – will likely be given the title of earl (or lady if they have a girl).

As I wrote one year ago, in my article(you can read it here: What Edward VIII, Wallis Simpson, Prince Harry, Meghan Markle and Princess Diana have in common? Three most famous royal weddings and Uranus axis - 11º Taurus/11º Scorpio Published: 9th June, 2018,) there I’ve made an conclusion how axis 11 º  Taurus/11 º  Scorpio might be very important for Prince Harry and Meghan Markle in a time ahead. We can see that baby Sussex got Asc at 12º Taurus, very close with 11 º  Taurus. One is sure, when Uranus ’hits’ axis 11 º  Taurus/11 º  Scorpio, the family Sussex will be ’touched’.

To remind you, there is Mars at 11 º  Taurus in the horoscope of UK, in its 8th house. Just across, at 11º  Scorpio, there is Uranus of Edward VIII. Prince Harry is Capricorn rising, and his Saturn (ruler of his Asc) is at 11 º  Scorpio. In his draconic chart (the memory of his soul from his past life incarnation) his axis Asc/Desc goes over 11 º  Scorpio/11 º  Taurus. Meghan Markle is Cancer rising, with the Moon (as the ruler of her Asc) in Libra, which means that Venus  (the ruler of Libra) is her final dispositor – in draconic chart, Meghan has Venus at 11 º  Taurus.

Only a day after his wedding with Wallis, on June 4, 1937, Edward VIII had the opposition of transit Uranus at 11º Taurus with his natal Uranus at 11º Scorpio.

At the time of the first Uranus’ opposition with natal Uranus (and the only one in a lifetime), there are usually huge changes in life – sudden change of profession, interests, freedom from the old, people often get divorced at this time or generally do something really shocking that does not fit into generally accepted societal norms. Uranus was in Taurus then, 84 years ago, as it is now.

Anyway, the axis 11º Scorpio/11º Taurus is called out again, and now the question is what will happen in 2021 (in May and June) when the transit Uranus cross 11º Taurus again? Mars in UK chart at 11 º Taurus (economy), in its 8th house (money from others), might bring the financial system of UK in some kind of ’stress’, and the Sussex family might be somehow involved in that... 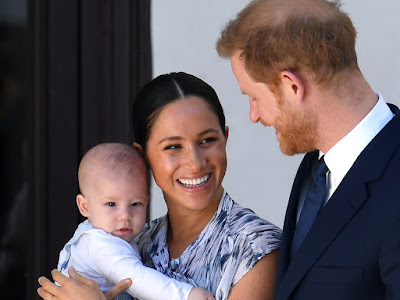 Baby Sussex has Asc Taurus, as I’ve said above, and Venus is the ruler of Asc. Venus is in 12th house, in intercepted Aries, which might bring problems to baby Sussex in the beginning. Having the ruler of Asc in intercepted sigh, plus in 12th house – does not give you  a lot of public life. Venus has challenging square with Saturn in domicile, axis of lunar nodes, as well as square with Pluto. Retrograde Saturn, retrograde Pluto, as well as South Node-all is in 10th house (which might represents royal family). So, there might be some kind of inner (12th house, intercepted sign) conflict between baby Sussex and royal family. Also, I have to add that Venus is in exil in Aries, so this new royal baby does not have a lot of energy, in start, to be stronger from ’rules’. However, have on your mind, that in Aries, Saturn is in fall, which means that baby Sussex was not made in order to respect rules. In other word, he migth do something which could ’pull’ royal family in some kind of ’fall’. Having Sun on Asc will give him a lot of selfresepct, ego, and at the same time Venus (ruler of his Sun and Asc) very close with the Sun’s exalttion degree (19 º Aries) also speaks that ’ego’ might be here some kind of problem. The new royal baby will not have so easy destiny, if we take the fact square with Pluto, Saturn and nodes – he will ’clean’ some ’karmic debts’. Having full12th house is also not so promissing. Venus ’goes’ in Gemini, over its dispositor Mars, and in opposition with Jupiter, which means that baby Sussex, in time, will put a lot of efforts ’fighting’ for something...

The ruler of his Moon 0 º  Gemini is Mercury at 28 º  Aries, very close with the nebula star Vertex (Andromeda constellation - Chained Princess), which very often means that some person could have his/her home so far away from home land  - the nebula star Vertex is acctivated in the charts of people who lost house, in the charts of refugees, migrants, even in the chart of people who were in prisons... Mercury will ’meet’ Uranus between 8th/9th May 2019, which means that this baby is going to be very revolutionary, probably not respecting rules... As Mercury ’carries ’within his Moon Gemini, and the Moon represents all people we meet in our life generally, we can conclude that royal baby Sussex will be involved with refugees, migrants,people who lost their homes in wars, etc...(remember, the nebula star Vertex).

The Moon, as ruler of his 4th house (home), at 0 º Gemini, might bring at least two (Gemini – double sign)  homes to the baby Sussex, and a lot of moving in life – the dispositor is Mercury 28 º Aries, in applying conjunction with Uranus in 12th house – having home so far away from home land, in distance places...

His love life might be very difficult too, Venus, as main signifacator for love is in 12th, in intercepted sign of Aries, and in its exil, which in start means –there will be problems. Venus very close with the Sun’s exaltation degree always brings to us partner/s who already have/had marriage, ’cause, in this case, there is some Sun (man) already. So, he could date with already taken person, or with person who have/had marriage already. Venus in square with Saturn could bring him partner with different skin colour, as well as with ages difference, as well as marriage in late ages. He will have to wait somehow for his love. We also have to take a look on its 7th house (partnership/s, marraige). It starts in Scorpio, so the ruler is Mars ’out-of-bounds’, in opposition with Jupiter. I would say this baby boy Sussex is going to have a lot of love affairs, like real Zeus (Jupiter), and will not settle down easy. The dispositor of Mars is Mercury in Aries, conjunction the nebula star Vertex in 12th, in applying conjunction with Uranus) – his relationship/s will have some ’storms’. Also, have on your mind that Mars (ruler of Desc) is in conjunction with the fixed star from Orion constellation which always brings problems with women, more then one marriage, just like in myth, Orion had problems with women... Also, Orion constellation very often has something with the United States, so, do not be surprised if some of his partner will come over seas, one day...

What is interesting? Meghan Markle has her secondary progressed Moon right now, in the moment of her delivery, at 11 º Aquarius, ’calling out’ axis 11 º Taurus/11 º Scorpio! Meghan’s Solar Arc Moon is during this year at 11 º Scorpio already! To remind you, Diana’s draconic Sun is at 11 º Aquarius too, as well as baby Sussex’s draconic Moon! This baby is going to have the energy of freedom, exactly like his parents and his grandmother...

Regarding his late grandmother, Princess Diana, I have to add how in male chart 1st house always represents grandmother, and we can find the Moon  in baby's chart, at the same time the ruler of his 4th (his roots), in conjunction with asteroid Diana.

Here you can read my article about Kate and Meghan
In November 2019 I wrote an article on 11 degree of fixed signs as something which shows up within royal family regarding stepping down from royal duties. You can read that article here


Read about Smiljana: here
You can always book your reading with Smiljana via email: smiljana.gavrancic@gmail.com