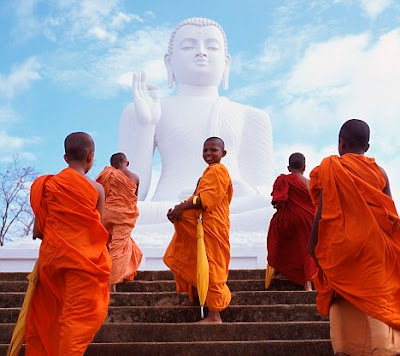 In this article, I am going to show you why the Grand Cardinal Cross over 29 º  (Aries, Cancer, Libra, Capricorn), as well as Grand Fixed Cross over 0 º  (Taurus, Leo, Scorpio, Aquarius) might be so important for Sri Lanka. The reason why this article comes now, after the Full Moon  at 29 º  Libra on 19th April 2019 (Good Friday) is wellknown to all, I am sure... On 21st April, 2019 (Easter) we all heard very sad news...  Mars (attack) just started his ’out-of-bounds’ journey on Easter, which might mean that all what Mars represents - could go over its limits...

However, if I have to mapp exactly which degree within the Zodiac would be Sri Lanka (ex Ceylon) – I would choose 29 º  Cancer/0 º  Leo...

The transition from 29º Cancer to 0º Leo is the spot between two lights, the Moon (as the ruler of Cancer) and the Sun (the ruler of Leo). The Moon and the Sun are our eyes, and the spot between them, at 29º Cancer is the place of Jupiter chakra, our 6th energy center, our Third Eye. Here, the intuition is our most powerful weapon. Here, beliefs are changed in order to have circumstances change. This so reminds us on Buddha..., right? 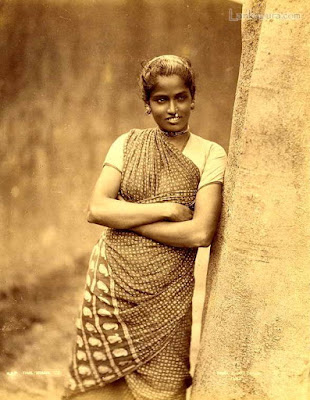 Twenty years after the birth of the Buddha (543 B.C.) tribes from India subdued the native Veddahs. Sixty years later, the first Sinhalese kingdom was founded. Arab traders arrived in Ceylon during 12th century to be followed by the Portuguese in 1505. The Dutch arrived in 1658 and were themseves ousted by the British in 1796. Ceylon holds the honor of being the first Asian country to grant women the vote back in 1931. The British finally pulled out in early 1948 when they granted Ceylon its freedom within the British Commonwealth. Sri Lanka was known from the beginning of British colonial rule as Ceylon. A nationalist political movement arose in the country in the early 20th century to obtain political independence, which was granted on 4th February 1948; the country became a republic and adopted its current name on 22 May 1972. Sri Lanka's recent history has been marred by a 26-year civil war (which was started on 23 July 1983 with thransiting Mars (war), as well as the Moon (people in country) ’out-of-bounds’ and transiting Sun at 29º Cancer), which decisively ended when the Sri Lanka Armed Forces defeated the Liberation Tigers of Tamil Eelam (LTTE) in 2009 (18th-19th May 2009). In the moment of the end of civil war, secondary progressed Mercury (as well as Mars) of horoscope of Sri Lanka from 1972, was at 29 º  Cancer. Both planets, Mercury as well as Mars, in the horoscope of Sri Lanka from 1972 – are ’out-of-bounds’. Mercury rules its Asc and MC (both angular important houses), and Mars rules its 8th house (war).

On 25th September 1959 Solomon W.R.D. Bandaranaike, the forth Prime Minister of Ceylon (now Sri Lanka) was assassinated by the Buddhist priest Tulduwe Somarama Thero. In that moment, his secondary progressed axis IC/MC went over 29º Cancer 59’/29º  Capricorn 59’. In the other hand, his Solar Arc axis Asc/Desc went over 0º Taurus/0º Scorpio, just finished crossing over 29º Aries59’/29º  Libra59’. I must add that his Mars (as dispositor of his Scorpio Moon which I will mention in my article later) is 'out-of-bounds'! 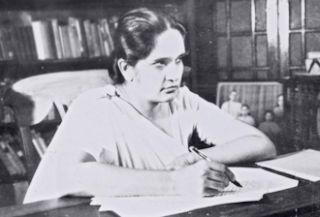 His widow Sirima Ratwatte Dias Bandaranaike was the first female Prime Minister. She has in her natal chart Neptune (ruler of her Desc (marriage, husband), as well as modern ruler of Pisces) at 29 º  Cancer, Mercury (ruler of her Asc (she) and her Gemini MC (her reputation, she as Prime Minister) ) at 29 º  Aries. In the moment of death of her husband, her secondary progressed MC came on 29º  Cancer, „moving“ her natal Neptune at 29º  Cancer, and her Solar Arc Asc was crossing over 29º  Libra. 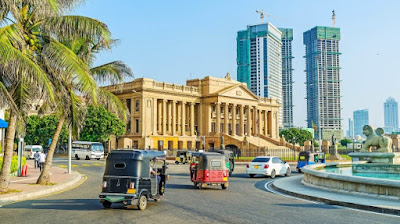 Colombo, the chief port of the country, has in its chart the Sun (Prime Minister, President) at ’anaretic’ degree, at 29 º  Scorpio, together with Mars 26 º  Scorpio, so we can suspect that somehow, the lead figure in this country can be in some kind of dangerous. Transiting Jupiter ( very often means death as some kind of journey) at 28 º  Scorpio was crossing between Colombo’s Mars 26º  Scorpio and the  Sun 29º  Scorpio in the moment of death of Prime Minister. For example, if we check secondary progressions of Colombo for 25th September 1959, we can see progressed Mercury (ruler of Asc (the main athmosphere in the city) and MC (reputation) in the horoscope of Colombo) at ’anaretic’ 29º Aquarius (where Solomon has Asc 28º Aquarius 42', Asc describes his body by the way...), which makes inconjunction (aspect of death) with 29º Cancer.  Of course, I am sure you will notice Solomon's Moon at 25º Scorpio 14', very close with the rest I've mentioned above... Of course, Mercury in the horoscope of Columbo is 'out-of-bounds'. 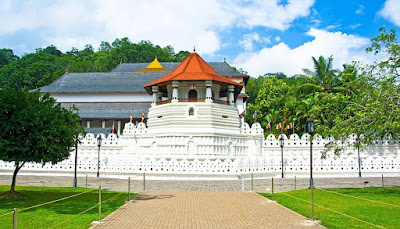 On 25th January 1998  The Buddhist Temple of the Tooth was  attacked – transiting Neptune (temple) was at 29º Capricorn 51', as well as transiting Mars (attack) was at 29º Aquarius (I've mentioned 29º in this article already, as important thing), making inconjunction with 29º Cancer. Solar Arc Mars (attack) of Sri Lanka from 1972 was at 0 º  Leo 50’, just finished crossing over 29 º  Cancer, Solar Arc Venus was at 28 º  Cancer 53’ (almost at 29 º  Cancer). Venus is also 'out-of-bounds' and she is the ruler of 9th house (religion) in the horoscope of Sri Lanka from 1972, as well as dispositor of Mercury at 16º Taurus (Mercury is ruler of Asc and MC-two the most angular houses in every chart). Remember, I told you above, both, Mercury as well as Mars, are ’out-of-bounds’ in the horoscope of Sri Lanka from 1972.  Having Venus 'out-of-bounds' as ruler of 9th (religion) might mean Sri Lanka has very beautiful temples, which are extraordinary...

In late December 2004 (Christmas time, 26th December 2004, 9:25 am, Galle port, Sri Lanka), the eastern shore of Sri Lanka was hit by a massive tsunami which was the result of a catastrophic earthquake off the coast of Sumatra. Thousands were drowned (the transiting Moon, people, was 'out-of-bounds') and international aid poured in from around the world. We can se that lunar nodes axis was over 0 º  Taurus 02’ (North Node)/ 0 º  Scorpio 02’ (South Node), as well as draconic Mars was at 0 º  Scorpio (leaving behind 29 º  Libra). On 21 April 2019, Easter Sunday, deadly bombings occurred at three churches and five hotels in several cities including Colombo. Later smaller explosions occurred at a housing complex and a motel, killing mainly police who had been investigating the situation and raiding suspect locations. At least 290 people, including 27 foreign nationals were killed and around 500 injured in the bombings. The church bombings were carried out during Easter mass in Negombo, Batticaloa and Colombo; the hotels bombed included the Shangri-La, Cinnamon Grand and Kingsbury hotels in Colombo. 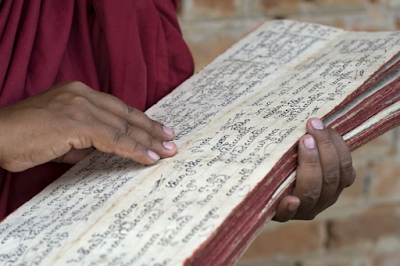 Sri Lanka has a rich cultural heritage and the first known Buddhist writings of Sri Lanka, the Pāli Canon, date back to the Fourth Buddhist council in 29 BC.

We could see that Grand Cardinal Cross over 29 º  is so important for Sri Lanka, as well as Grand Fixed Cross over 0, ’cause, after 29 º  – 0 º  comes.. However, if I would have to choose which 29 º  from cardinal sign could be Sri Lanka, for sure, I choose 29 º  Cancer and transition to 0 º  Leo! Why? This is the very special place in Zodiac since this is the place were two lights meet -- the Moon (as ruler of Cancer, night) and the Sun (as ruler of Leo, day), the place associated with the sixth chakra (Jupiter), better known as the "third eye“, which can "see further". At 29 º  Cancer/0 º  Leo we can see an image of Buddha too, meaning awakened one or enlightened one...

After all, every exotic place (specially islands) always has 29º within itself, 'cause, it is always very special place in spiritual sense. Every 29º presents so far places, where some secret knowledge 'vibes'....

Also, have on your minds, at 28º Cancer, just before 29º Cancer-there is Mars' fall degree, in other word, at 28º Cancer we are going very easy in some wars, fights. This is the image of some soldier who will use his gun without thinking...
~

Charts of Ceylon (Sri Lanka 1948) and Sri Lanka 1972 were take from The Book of World Horoscopes by Nicholas Campion. Chart of the chief port Columbo was taken from Mark Penfield's book Horoscopes of Asia, Australia and the Pacific. Charts of Prime Minister Soloman and his wife were taken at www.astro.com

As an example of the state that “vibrates” at 29° Cancer – I list the Netherlands, the country that went so “far” and is so advanced… See my articles TheNetherlands i 29º Cancer,  Istanbul and 29º  Capricorn/0º Aquarius, Sarajevo and 0 º Aquarius, Persian Empire and 29 º  Libra/0 º Scorpio.