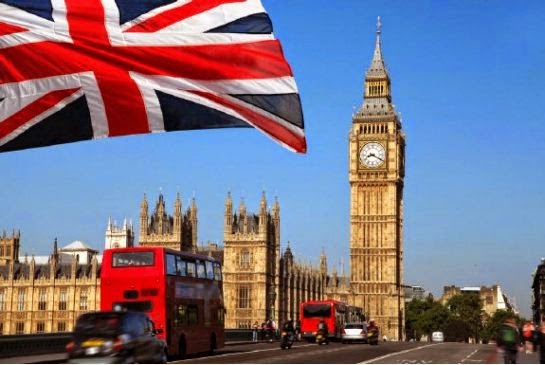 At the peak of its power (between XVIII and XX century) you could say that the Kingdom of Great Britain was “an empire in which the sun never sets”! This is an instant association to the sign of Leo (where the Sun is in dignity). However, the degree inside this royal sign we can link to Great Britain is the degree of Neptune’s fall (distances, islands) – 21º Leo, considering vast colonial and overseas territories in the possession of this country, almost on every continent. By the way, Great Britain is traditionally linked to the sign of Capricorn, ruled by Saturn, because this is the country of Common Law, a country where every positive qualities of Saturn – order, discipline, accuracy, tradition – are exalted to the maximum.

Following the end of WWII, a decolonization process started in which a large number of colonies got their independence, yet too small or economically challenged to survive as an independent countries, what is an image of the degree of Neptune’s fall, 21º Leo. 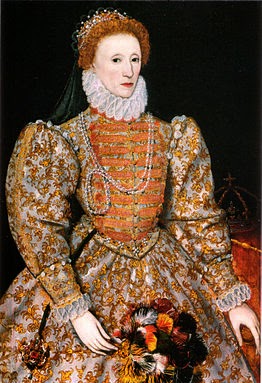 So, since it’s characteristic for the British intelligence service to remove the secrecy seal from any documents after 40 years, making them public, isn’t this also a symbol of the degree of Neptune’s (secret) fall? Finally, this is an image of the famous secret agent 007, James Bond, a recent trademark of this country born from the pen of Ian Fleming  - a man who was an intelligence officer and revealed the secrets of MI6 in his novels about  James Bond. We could also link this degree to the famous mathematician, astrologer and alchemist John Dee, the personal astrologer and consultant of Elizabeth I, known by the ability to contact angels (Neptune) with the assistance of his self -proclaimed medium friend, Edward Kelly, who later caused his exile (fall) from England, to continue his alchemical research in the golden city (Leo) of Prague, under the patronage of emperor Rudolph, a great admirer of alchemy and the occult, prone to fits of madness – 21º Leo (insanity). Finally, this British oficially rejected Catholic religion and accepted Protestantism, which could again be linked to the fall of Neptune (religion, spirituality).

According to everything, here (on 21º Leo) it’s very hard to keep a secret, but also hard to keep any overseas territories in the composition of Great Britain, if there is no belief (Neptune) in the self... 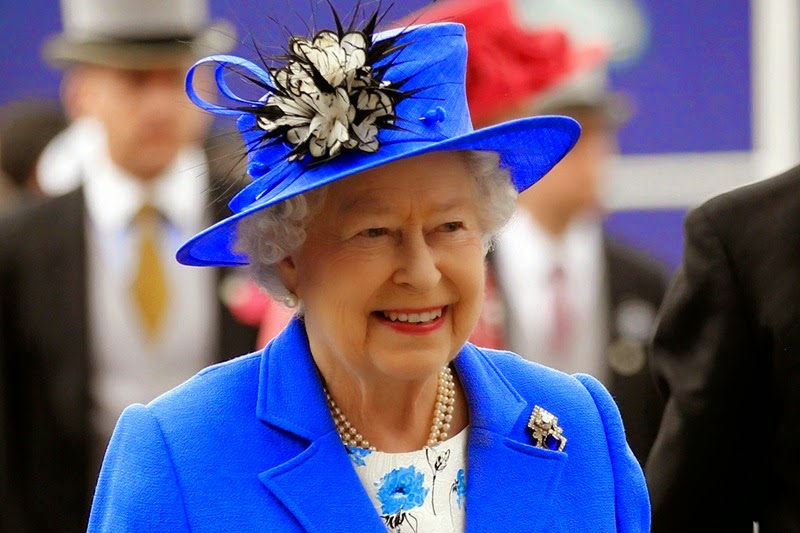 The degree of Neptune’s fall is also activated in the natal chart of Elizabeth II, the current Queen of Great Britain. Her Neptune is positioned on 22º Leo (in a very close conjuction to 21º Leo), carrying the exalted  Venus on 13º Pisces (the degree of Mercury’s fall) which is the ruler of 6th (colonies) house from 10th (her as a ruler figure) house, but also Uranus (independence) on the degree where Venus is exalted, 27º Pisces (unconditional love), which leads to the conclusion that all former British colonies eventually become independent and free (Uranus) countries. 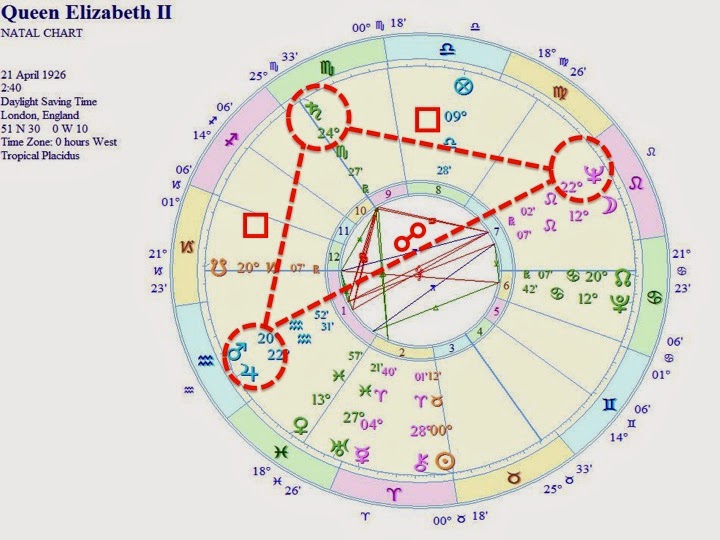 The important thing right now is, during Saturn’s (borders) transition through Scorpio (transformation) from October 2012 to autumn 2015, that Saturn in the chart of Elizabeth II is in Scorpio, as the central planet of a fixed T-square. It’s in a conjunction with her MC (her as a ruler figure), and it is the ruler of her 4th house (territory) from 10th house (her as a ruler). So, she has some challenges in front of her, therefore so does her country, because we can see the destiny of the entire British nation through her chart.

Saturn always brings us back to something from before, checks and asks us to stop resisting, accept certain things and let them go. Saturn as the central planet of a fixed (incapacity to change, stubbornness) T-square is a planet especially important to take notice of and analyze.

We can see that Saturn’s dispositor, Mars, brings it to the sign of its rulership, Aquarius, which is a very good indication, and almost on the degree of Neptune’s exaltation (21º Aquarius – dreams, ideals) conjuncting Jupiter (law), so it’s fairly certain that Great Britain will fight for justice related to some territories. We can’t overlook the applying opposition to Neptune (overseas territories) on the degree of its fall, because it blurs the realistic view on things and refuses to look at things objectively. It’s possible to get disappointed here, in the period of Saturn in Scorpio...

The second Uranus-Pluto square and activating the 2nd, Venus chakra 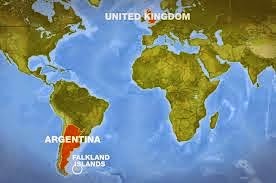 Since we’re under the influence of the second Uranus-Pluto square from September 19th, 2012. which activated the second (Venus) energetic level (chakra) inside every one of us, located on the planetary level in South America – this part of the world could be very important in the next period. So far we’ve been convinced that this part of the world became very important in a religious sense, because the newly elected Pope comes from South America, Argentina to be precise. It’s interesting that the Ascendant of Argentina is on 19º 30' Leo, in a very close conjunction with the degree of Neptune’s fall (21º Leo), a degree we link to Great Britain! The fact that the secondary Sun of Argentina (on the day of the second Uranus-Pluto square linked to South America) in trine with 21º Leo (Great Britain) says that there is a possibility of an agreement between Argentina and Great Britain after 180 years. 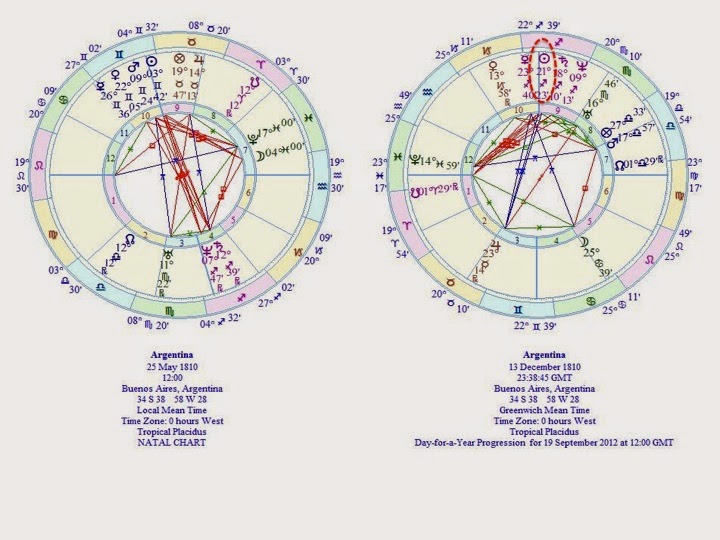 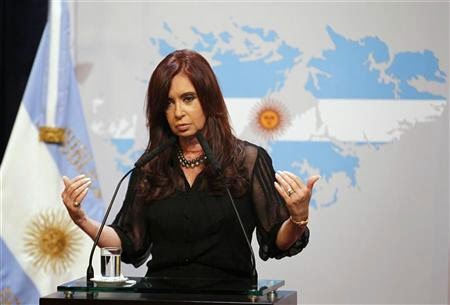 Since the second, Venus chakra is making a middle ring around the second, Moon chakra with the 6th, Jupiter chakra located in the England area on a planetary level, which will be activated on December 15th, 2012 when the 6th Uranus-Pluto square will happen, it’s not a coincidence that the ‘old’ problem between Argentina and Great Britain about sovereignty over Falkland Islands may be significant again. The first thing Cristina Fernandez, the president of Argentina, asked of the new Pope was to be a mediator in the Falkland conflict with Great Britain. On the other hand, the British Prime Minister, David Cameron, said that everything can be negotiated with Argentina except the Falkland Islands subject.

If we take a look at the 6th Uranus-Pluto square chart, we’ll find the ruler of Ascendant in Sagittarius, Jupiter, on 22º Leo, very close to the degree of Neptune’s fall, 21º Leo, which really accentuates the significance of this country in the period until the 7th Uranus-Pluto square (March 17th, 2015.) 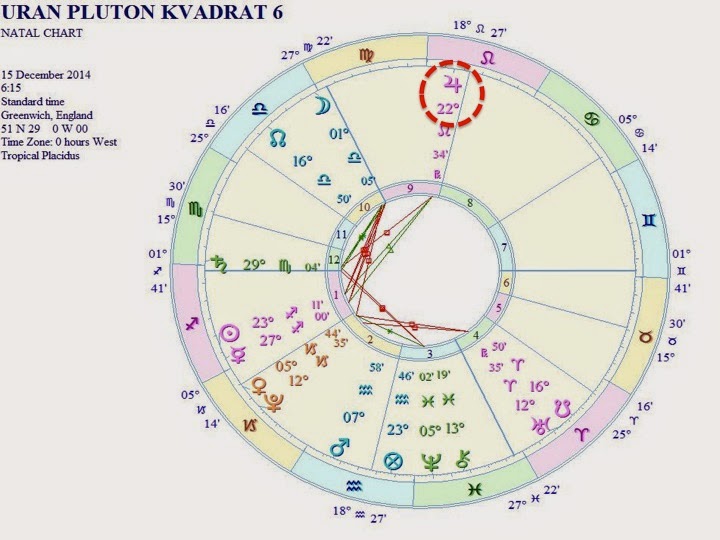 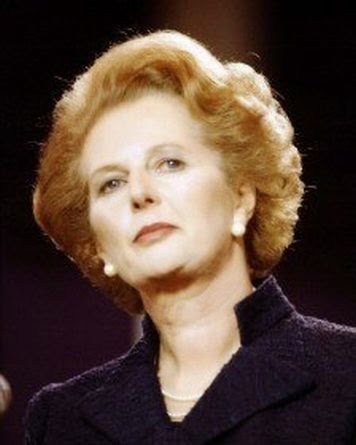 It is obvious that in times ahead of us these two countries will try to put an end to this story in a diplomatic way, because it’s been bothering them for 180 years. Falkland Islands are the oversea territory of Great Britain, but Argentina claims that Falklands Islands fall under its territory. On the other hand, there is a UN resolution calling both sides to solve this issue in a diplomatic, peaceful way. Argentina is more now than ever interested in solving this issue, while Britain is rejecting any kind of negotiations, still being ‘hurt’ by an offensive attack by Argentina on March 19th, 1982. in the purpose of capturing the Falkland Islands (on the same day, 2013., the new pope Francis I from Argentina was inaugurated, which is also a subtle sign). The current Prime Minister of Great Britain at that time, the famous “Steel Lady” Margaret Thatcher was forced to send the British army to the Island to defend its sovereignty . Before that event, she was ready to negotiate with Argentina about returning the Falkland Islands just like it happened later with Hong Kong which was returned to China. But, Great Britain was surprised and shocked by the Argentinian attack, which resulted in the today’s unwillingness  to negotiate with Argentina. The war itself lasted very short, from April 2nd to June 14th, 1982. and Britain won.

I’ll add another interesting information – Argentina was especially interested in regaining possession of this territory right after the discovery of great oil fields (Venus + Jupiter = Neptune = oil) in the territorial waters near the islands, which the researchers named the "Sea (Neptune) Lion" (21º Leo).

It’s very clear what will be the challenge for these two countries in the next period – to unite the 2nd chakra (Venus, Argentina) with the 6th chakra (Jupiter, England), to make a ring around the central, 4th, Lunar chakra (Moon) and become a channel for Neptune (oil in this case). By the way, it’s Neptune where we find the field of collective, impersonal emotional relationships.

It’s through the Venus chakra where we enjoy the material values. We can live our dream in this energetic center (Venus is exalted in the sign of Pisces – dream, and in the chart of Elizabeth II it is in Pisces, carrying the Sun in Taurus – materialization of the dream). As Argentina is linked to this energetic center, we can conclude that this country is, first of all, interested in the material gain, revenues from oil fields, to be precise.

On the other side, we change things by modifying our beliefs and attitudes through the 6th, Jupiter chakra... So Great Britain should be the one to work on trust issues in this relationship, faith (Neptune in Elizabeth II’s chart is on the degree of its fall), to open its heart and let go... Venus (2nd chakra) in the Queen’s chart is on the degree of Mercury’s fall (it’s through the 5th, Mercury chakra where we open the way to 6th chakra), meaning that she should, alone in silence (fall of Mercury) make a change, achieve enlightment in some way, because it’s how she will find the way to her heart with ease (trine)... (Pluto on 13º Cancer – 4th, Moon chakra near to 15º Cancer – centre of the soul) in which she will find a love for herself, and then for Argentina. Still, Queen Elizabeth II with Venus in Pisces trines Pluto is the mythical Persephone, so love towards the southernmost country in the world (Argentina) is something that lives in her chart. It’s really necessary here for Great Britain to see the Beauty in the Truth, and the truth is that there are some unrealistic expectations and a sort of illusion... This country ‘refuses’ to see things realistically...

Since Queen Elizabeth’s Saturn return is also happening in this period of the 6th Uranus-Pluto square (from December 12th, 2014. to March 17th, 2015.) it’s interesting to take a look at that chart, too. 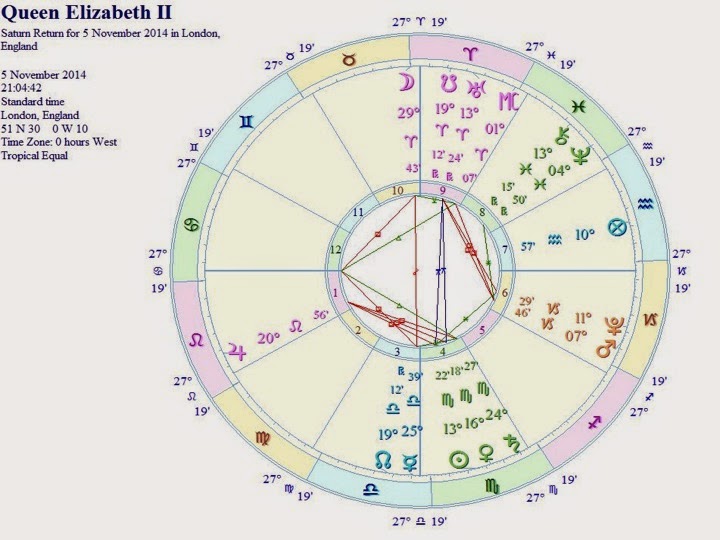 Saturn’s natural cycle is around 30 years, and the 1st house in this chart represents the first period of 2,5 years. We find the Ascendant on 27º Cancer, close to 28º Cancer, degree where Mars falls, so this is a symbolic image of confrontations, a fight about something from the past – the ruler of Ascendant (of Elizabeth II) is the Moon on 29º (something from the past) Aries, in a separating (past) opposition with Mercury (negotiations, agreements) so this is all an image of unsuccessful negotiations in the past. It was hard here to align emotions (Moon) and reason (Mercury), the heart and the mind... 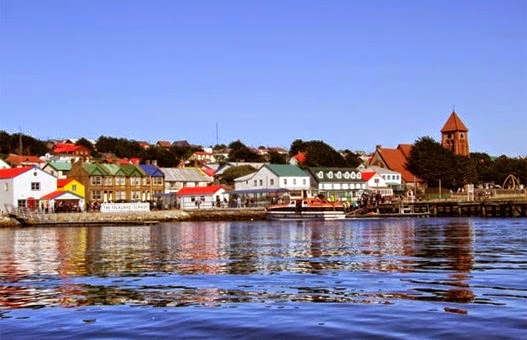 This Moon makes an exact square to 29º Cancer, the degree linked to the Third Eye (Jupiter chakra) located in the body  between the eyebrows, between the left (Cancer) and right (Leo) eye. We know this degree is a very special degree because it’s the place where two lights, two eyes – connect. This is the place inside the Zodiac which gives a broad perspective. The square here accentuates action, and the strong inner need of the Queen (and the British nation) to finish the things that were stopped halfway in the past (29º)...

The ability to accept will be very important here, and it’s a big lesson for Queen Elizabeth II in the time of Saturn in Scorpio and returning to the natal position in her chart. Disposition (Mars in Capricorn) takes the Moon (Queen, nation) to the sign of its detriment (weakened dignity) in a conjunction with Pluto (transformation) in 9th house (foreign countries) from 10th house (her as a ruler) in the sign of Capricorn (Argentina), so Great Britain is really in a challenging period during which it will undergo a deep transformation that will bring liberation (Pluto on 11º Capricorn)...

You can book your personal reading with Smiljana here: Book Your Reading