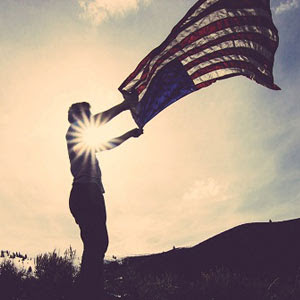 Before you read this article, I recommend you to read my article from 6th October 2020 and My Forecasting on the US Presidential Election 2020. All you need to do is to click here . I’ve predicted Joe Biden and Kamala Harris will be the next President and Vice President!

In this article I want to show you how there are very clear signs that  Joe Biden and Kamala Harris are going to enter in the White House on 20th Janaury 2021.

The inauguration of Joe Biden as the 46th President of the United States will mark the commencement of the four-year term of Joe Biden as President and Kamala Harris as Vice President. A public ceremony is scheduled for Wednesday, January 20, 2021, on the West Front of the United States Capitol Building in Washington, D.C. The event will be the 59th presidential inauguration. Biden will take the oath of office as President on that day, and Harris will take the oath of office as Vice President.

The inauguration will mark the formal culmination of the presidential transition of Joe Biden that began when he won the U.S. presidential election on November 3, 2020, and became the president-elect four days later on November 7, 2020. Biden and his running mate, Kamala Harris, are scheduled to be confirmed by the Electoral College on December 14, 2020. Upon his inauguration, Biden will become the oldest president at 78 years and 61 days, older upon taking office than Ronald Reagan, who left office at 77 years, 349 days. He will also become the first President from Delaware (although being born in Pennsylvania) and second Catholic after John F. Kennedy. Harris will become the first female, first African American, and first Asian American Vice President. 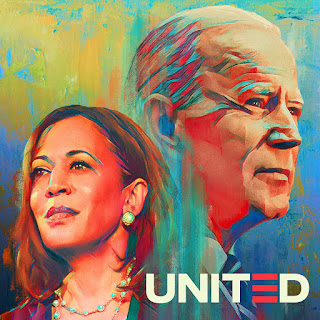 Secondary progressed Sun of Washington D.C. is at 9° Sagittarius 27’, in exact conjunction with Joe Biden’s secondary progressed MC, angular house (his status, reputation) at 9° Sagittarius 27’. Interesting, even Biden’s Solar Arc MC is at 9° Sagittarius 23’. It is well known that Biden has natal Saturn at 9° Gemini 57’ which means that he is taking on himself  right now a huge responsability over country and its people. Saturn wil work  hard! Solar Arc Neptune of Washington D.C. will be at 9° Gemini 59’, in conjunction with Biden’s natal Saturn, as well as with Biden’s secondary progressed (and Solar Arc) IC (angular house). Clear sign, with Neptune at his progressed IC (home where we are living, our home), that his new home is going to be the White House. Look just for Biden’s natal IC, it is at 19° Pisces, and transit Neptune 18° Pisces 56’ on 20 January 2020 goes around his natal IC. As he has in his natal chart Neptune (the ruler of his 4th-his home) in his 10th house (he as President), it is very clear that Solar Arc Neptune of Washington D.C. over his natal Saturn at 9° Gemini (’Watcher of East’, Aldebaran fixed star) and across 9° Sagittarius (’Watcher of West’,  Antares)  could be an image of East and West Wing within the White House.

On 30th November 2020, there will be the lunar eclipse at 8° Gemini, very close with the axis Aldebaran (9° Gemini) and Antares (9° Sagittarius) as well as with Uranus 8° Gemini from the chart of the US. Interesting, Donald Trump’s prenatal eclipse was at the same degree, where is the US Uranus in its 8th house (conflicts)! What does it mean? It means that Trump very easy may start to bring stress (Uranus) to the people of the US around this eclipse, trying to ’shake’ stable (Saturn) foundations of Joe Biden. Anyway, Trump’s progressed Moon (the people of the US) is making exact square with his natal Uranus in his 10th house (he as President) in the moment of election in Nov 2020, and, as he has in his natal chart already challenging aspect between the Moon 21° Sagittairus and Uranus 17° Gemini, this means, he lost his Presidency this time, I can easy say it was  totally unexpected for him.

Secondary progressed MC of Washington D.C. on 20 January 2021 will be at 29° Capricron 00’ (Solar Arc MC also at 29° Capricorn 34’) where was secondary progressed Moon when People of the US voted on 3rd November 2020! And if you remember, that was  a clear image that change is going to happen (0° Aquarius comes after 29 ), specially because there will be the great Jupiter/Saturn conjunction at 0° Aquarius Interesting or not, but the first President of the US, George Washington, has his natal MC at 29° Capricorn too!

Every astrologer, as well as student of astrology, should be familiar with the fact that when something changes sing in progressions, Solar Arc, leaving 29°, leaving the very end of one sign, and entering 0° of next sing – the change is going to happen! What kind of change? You should be in close touch with  the nature of each sign, so you will be able to conclude much more better. It is very simple, Capricorn is rigid, traditional, conservative, strict, borders, walls, against abortuse etc – all what Trump’s administration was. And, if progressed Moon (people) of the US is finishing crossing over 29° of Capricorn in the moment of election, it is clear image that people are enough of Trump’s administration and his ’values’. They want it ends, and they want change (0° Aquarius). At 0° we have much more this kind of values: no borders, no walls, human rights for all, for LGTB, for transgenders, euqality for all, sharing ’the cake’ on equal parts, not against abortus, etc. So, it is really very clear this fits with an image of Democracy Party, and not with Republicans.

One more thing, Saturn rules Capricorn, and Saturn represents black skin, black people. When you have progressed Moon (people, mostly woman, women, female energy) of one country in the moment of election at 29° of Capricorn, touching soon 0° Aquarius – you can easy see that female, black energy, will mark that election. That was happend on 3rd November 2020! The US got for its Vice President for the first time black woman, and black people as voters did this transition within the country.

With one I was sure even since September 2015 (when I predicted Donald Trump will take a term), when I did already my prediction for the US Presidential Election 2020 and when I said in last paragraph of my article The White House and 22 Gemini –  it is not yet time for a woman, in 2016, thinking then on Hillary Clinton, the time for a woman will come with next election, as progressed Moon (woman, women) of the US will be in Nov/Dec 2020 at the very end of Capricorn, at 29°, touching 0° of Aquarius for the Christmas time, when Jupiter/Saturn will occur too. Read my article Election 2020 brings female energy

Tertirary Moon (moves 1 degree per 2 days) of Washington D.C. will be at 0° Pisces 44’, hitting Biden’s natal axis of lunar nodes over 0° Virgo 09’ (North Node)/ 0° Pisces 09’ (South Node), which is a huge sign that he has to put together within himself his past experiences with his purpose, in order he makes better  future for the US – United Together!

If we check the synastry between the President, Vice President and Washington D.C. we find this: 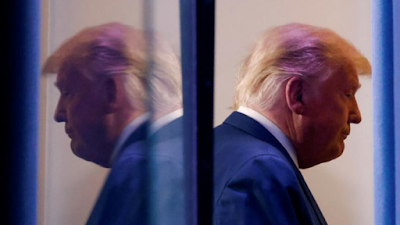 If we check the synastry between Trump and Washington D.C. for 20 January 2017 (Trump’s Inauguration Day), we can see secondary progressed IC/MC of Washington D.C. over 25° Cancer 15’/25° Capricorn15’. Trump’s  Venus is ruler of his 10th house (he as President), and it was placed at 25° Cancer 44’. This was a clear sign that Trump is the one who is going to enter in the White House in January 2017! Interesting or not, but I found as interesting secondary progressed Moon of  Washington D.C. in that moment, it was at 0° Capricorn, which was a clear sign that with Trump’s administration in Washington D.C. Capricorn’s values started. On 5th July 2020, the solar eclipse at 0° Cancer, just opposite 0° Capricorn (the beginning of Trump’s administration) just marked the end of his cycle!

For Inauguration Day 2021, Trump’s progressed Moon (moves 1 degree per 1 month) will be at 21° Virgo 16’, ’leaving’ Washington D.C. Asc 17° Virgo 38’, which also could be an image of leaving the White House. His progressed Moon at 21° Virgo, will be in square with his natal Moon 21° Sagittarius and his natal Sun 22° Gemini, and already during December 2020 in square with his natal lunar nodes axis – this is also a clear image he ends his time in Washington D.C.

More about why I haven't seen Trump will take second term you can read in my article on the US elction 2020. The link is posted at the beginning of this article.

Charts of Washington D.C. and the US were taken from HOROSCOPES OF THE USA AND CANADA by Mark H. Penfiel, second edition

Charts of Joe Biden, Kamala Harris and Donald Trump were taken at www.astro.com

You can always book your personal reading with me. Reading are available in English and Serbian. Payment goes via PayPal (for readings in English). Clients from Serbia will get instructions how they can make their payments:  Contact: smiljana.gavrancic@gmail.com

Now I add for you my Facebook post, made it just after election, it speaks on important days for the US after election, as both sides said 'I won', and as Donald Trump did not accept, yet, results.

IMPORTANT DAYS FOR 🇺🇸 after Presidential Election-It will take some time!

-Between 7th/8th Nov Mercury is crossing over Kamala's natal Sun 27°Libra/Moon 27°Aries; helping her with votes
- 10th Nov Mercury reenteres 0°Scorpio,hitting Joe Biden's natal Moon at 0° Taurus; helping him with votes. Also the last Jup/Pluto conj.at 22° Capricorn occurs,just over Trump' s Vertex,wellknown as our destiny point
-13 Nov Mars turns direct (7:36pm Washington,D.C.), at 15°Aries,hitting the US Saturn 14°Libra 48', which has an square with the Sun at 13°Cancer-this may be the moment when still current President,Trump,will try to use some his power,repression,in order to keep his chair. The Sun will be at 22°Scorpio,just over Biden's natal Mercury,ruler of his 10th(his status),Jupiter will be at 23°Capricorn,hiting Trump's natal Saturn,and few days after his Venus,bringing him dissapointments regarding law,affairs,and the outcome he won't like. Just one day after,the New Moon at 23°Scorpio helps Biden,but also hits Trump's axis Ic/Mc.As Trump's Mc is around Algol,this may be the losing of position
-20 Nov Mercury leaves its shadow,crossing over 11° Scorpio,and reaching Biden's natal Mars 12°Scorpio,helping him
-30 Nov the lunar eclipse at 8°Gemini,over the US Uranus in 8th house,when we may expect protests all over the country,maybe even 'revolution'.This eclipse will hit Biden's natal Saturn,as well as his Solar Arc Ic/Mc,which works for him.We must say that is the point of Trumps prenatal eclipse too
-14 Dec the solar eclipse at 23°Sagittarius,over Trump's postnatal eclipse,but over Kamala's Solar Arc Asc/Desc axis,her progressed Sun,natal lunar nodes,and natal Fortuna-so big sign in her favour,she is stronger then Trump.
-21st Dec Jup/Saturn 0°Aqua which will bring the change,transition into new time.As long as Saturn and Jupiter will be over 29Capr,Trump may not accept he didn't win,but from 21st Dec he will,by itself,or he will have to.The US progressed Moon will be also at 0°Aqua,people may make turning point,protesting.Transit Mars crosses over 23°Aries in that moment,squaring Trump's Saturn 23°Cancer and after few days his Venus 25°Cancer- he may be angry... on 30 -31 Dec transit Mars crosses over Kamala' s natal Full Moon acis 27°Aries/27°Libra which will work for her great,as in her natal chart Mars at 21°Leo is making trine/sextile with her Full Moon axis. The Full Moon on 29 Dec at 8°Cancer,over Trump's Mercury out-of-bounds will probably make him to say some very dramatic words...
-20Jan2021,Inauguration,transit Moon at 0°Taurus,conj.Biden'sMoon.Asc 14°Taurus,conj.Kamala's progressed Moon-one more sign who goes in the White House