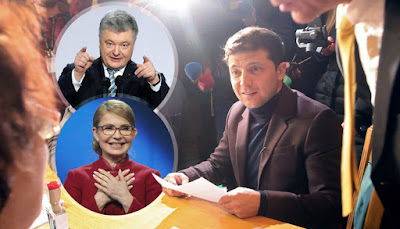 In draconic horoscope of Ukraine (24th August 1991, 6pm, Kiew-"The Book of World Horoscopes" by Nicholas Campion), we can see the Moon at 4 º Taurus, as well as in draco horoscope of Ukraine (January 22, 1918, 9:58 am GMT, in Kharkov, Ukraine - set for the moment when Ukraine was proclaimed a free, independent and sovereign republic for the first time in its history) we can see Neptune (tv, actor, movie) at 4º Scorpio, as well as MC at 3º -4º Taurus. During May 2019 transit Uranus (changes) will "hit" axis 4º Taurus/4º Scorpio and this could be an image of an actor, who might be in the air on some way, already now... Also, we have to take the fact that draco Sun of Ukraine 1918 is at 0º Taurus, so Uranus already crosses over it, and shows that some changes are in front of us, very radical... Also, we can find secondary progressed Moon of Ukraine 1991 at 25º Aquarius, in exact oppostion with Jupiter 25º Leo-so economy issue might be the main reason for voting. In the other hand, secondary progressed Venus (artist) of Ukraine 1991 is at 22º Leo, in exact opposition with the Moon 22º Aquarius in Ukraine's chart, as well as in opposition with Uranus in Ukraine 1918 chart. Some artist is going to make very big revolutionary change there? Ukraine 1991 chart has Scorpio at MC (rulers) and draco Pluto (the ruler of MC) is at 29º Capricorn, already moved in past months with Uranus' transit and at 19th April 2019 it will be moved again, this time with the energy of the Full Moon at 29º Aries, squaring draco Pluto 29º Capricorn and cleaning the past... After 29º Cap-0º Aquarius comes, so there will be some very radical change, like people will decide to choose very new path, at the same time taking a big risk (0º Aquarius) with someone who does not have any experience in politic...Also I would add that in Ukraine 1918 chart Venus/Uranus conj. is at 22º Aquarius/28º Aquarius, so midpoint is 25º Aquarius, and secondary progressed Moon of Ukraine 1991 is now crossing over 25º Aquarius, opening some doors for some artist...

Could Ukraine be the next big country to see an anti-establishment "outsider" candidate sweep to victory?

The world is getting used to such stunning triumphs, in a time of volatile politics and general insecurity. We've seen it in France (Emmanuel Macron), Italy (the rise of Five Star) and the United States (Donald Trump).

"Zelenskiy against the system... a comedian against Ukraine's deep state"

What does this election mean for Ukraine?

This is the first time Ukrainians are choosing a new president since the momentous events of 2014.
Former pro-Russian President Viktor Yanukovych was toppled in the February 2014 Maidan Revolution, which cost more than 100 lives. Then came Russia's annexation of Crimea and a Russian-backed insurgency in the east.

Within weeks, one of Ukraine's wealthiest oligarchs, confectionery tycoon Petro Poroshenko (he might be draco Pluto at 29 Capriciron), won a snap presidential election in May 2014 unusually in the first round, with nearly 55% of the vote.

The Ukrainian president has significant powers over security, defence and foreign policy. So he/she is not just a figurehead; the ex-Soviet republic's system is described as semi-presidential.

If no candidate gets more than 50% on Sunday, the top two will fight it out in a second round on 21 April, just after the Full Moon over 29º Aries/29º Libra "moving" draco Pluto 29º Capricorn of Ukraine 1991 chart.

Today many Ukrainians remain poor and disillusioned with the country's politics. They had hoped to see much more economic progress and determined action against corruption after the 2014 upheaval.
The EU and Russia are nervously watching this election. The next president will inherit a deadlocked conflict between Ukrainian troops and Russian-backed separatists in the east, while Ukraine strives to fulfil EU requirements for closer economic ties.

Who are the main contenders?

Of the 39 names on the ballot paper just a handful are political heavyweights. 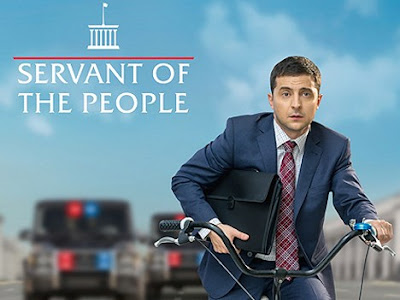 "Servant of the People"

Newcomer Volodymyr Zelenskiy, 41, has surged to the front in recent months, according to opinion polls, which put him on about 25% (interesting, 25º Aquarius I've found as midpoint of Venus/Uranus in Ukraine 1918 chart, as well as there is right now secondary progressed Moon of Ukraine 1991-may be this is some sign )

He aims to turn his satirical TV show into political reality: he portrays an ordinary citizen who rises to the presidency by fighting corruption, in the series "Servant of the People"

That show is a hit on Channel 1+1, owned by billionaire oligarch Ihor Kolomoisky, a leading opponent of President Poroshenko. So Mr Zelenskiy is generally seen to be close to Mr Kolomoisky.
Mr Zelenskiy has run a skilful, modern campaign relying on social media. But there are worries about his lack of political experience.

"It's very different - he is appealing to young voters, aged below 40. He doesn't have a detailed programme, but he is not a populist," They use to compare him with Macron and Trump...

His Mars is "out-of-bounds"

Interesting, one day before 2nd round of election ( on 20th April, 2019) Mars will start to be "out-of-bounds", and Volodymyr Zelenskiy has in his natal chart Mars "out-of-bounds" (24 N25), which means that he is going to use his energy over usual limits, in order to express himself...

Also, his progressed Sun is just at 16º Pisces 37', from where Mercury turned recently direct (28th March,2019), together with transit Neptune giving him power. Very often, Neptune (as modern ruler of Pisces-12th sign within the Zodiac) is the one who helps for winning.... 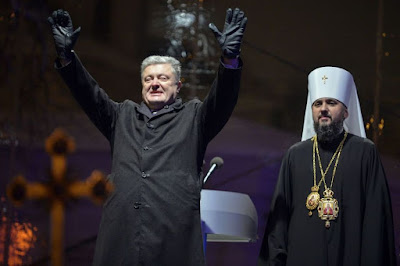 Among his achievements, he points to: backing for the military, which has kept the Donbas separatists in check; an Association Agreement with the EU, including visa-free travel for Ukrainians; independence for the Ukrainian Orthodox Church, ending centuries of Russian control.

But his campaign has been dogged by corruption allegations, including a scandal over defence procurement, which erupted last month. 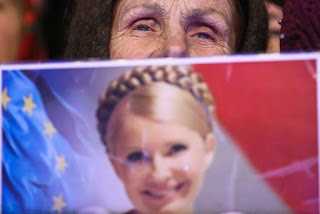 She is a veteran campaigner, who played a leading role in the 2004 Orange Revolution - Ukraine's first big push to ally itself with the EU, defying Russia.

She has served as prime minister and ran for president twice before, in 2010 and 2014.

Her core electorate is "elderly, rural and female". Last year she engaged thousands of people in an ambitious constitutional reform drive, aiming to turn Ukraine into a full-blown parliamentary democracy.

But, Yulia's Mars is also "out-of-bounds? However, "Servant of the People" has stronger Mars...

I must add that her Mars is "out-of-bounds" too. However, her Mars is at 18º Cancer, and right now "survives" oppostion by transit Saturn from Capricorn (where her natal Saturn is too), so I would say she might louse... "Servant of the People" has Mars at 0º Leo, which is strong "moved" by Uranus, and makes him to do extraordinary things, like revolution might be...

We do not have birth day time of Vladimir Z (25 Jan, 1978)., but in his chart you can see Venus/Sun conj. at 5º Aquarius, which means that Uranus is going to "shake" him too and bring big changes in early summer 2019