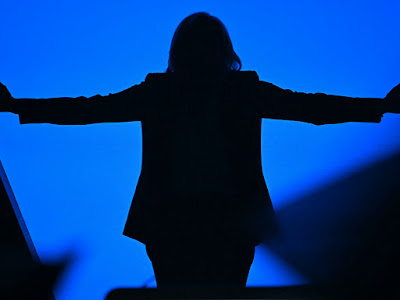 Five years after its last presidential election, France today (Sunday 24th April 2022) opens its polling booths with the same two candidates on the ballot paper. Emmanuel Macron, the sitting President, is pitched against Marine Le Pen, leader of the Rassemblement National party. A man whose bedrock of support lies in cities and big towns, so called elite, against a woman who has relied on rural areas and small towns for much of her backing.  Polling stations will open at 8am and close at 7pm, although some centers in big cities are allowed to remain open for another hour until 8pm (in my article on French Election 2022, I choosed to observe chart for closing polls at 8pm).

A great deal of attention may be placed on the turnout this time around, with plenty of speculation that voters will stay away because they don’t particulary like either candidate.

And then, there is the question of what will happen to the more than 20 million people who backed the socialist candidate Jean-Luc Melenechon in the first round.

Supporters of left-wing candidate Jean-Luc Melenchon could be kingmakers in the second round of France’s presidential election on Sunday, 24th April 2022

His supporters now face a difficult choice: vote for Macron, a figure disliked on this wing of French politics, or abstain and let Le Pen into power.

’’I can’t stand either (Marine Le Pen or Emmanuel Macron), but I am still going to vote’’, said one citizen of France.

’’It’s like choosing between the plague and cholera’’ said Maha, a 19-year-old social science student, who gave her first vote to Melenchon

For many of Melenchon’s supporters voting for Macron is just too hard. They will either cast a blank ballot or stay home.

We could get some answers if we do synastry of Le Pen – Melenchon, and Macron – Melenchon. 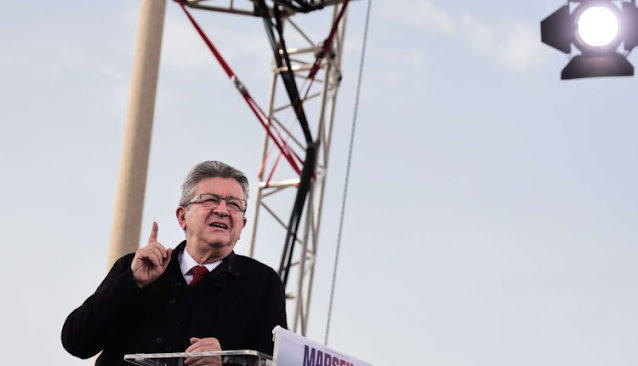 First of all, we notice how chart of Melenchon’s is very speaking for the current time, as his angular houses are going over 26°-27° Virgo/Pisces (Asc/Desc), 26°-27° Sagittarius/Gemini. In front of us is the first solar eclipse in 2022 on 30th April 2022, at 10° Taurus, which will be marked with Venus (dispositor of eclipse) in strong conjunction with Jupiter at 27° Pisces. In  my article Spring 2022 and where this world is going I wrote about the importance of 27° Pisces (Venus’ exaltation degree) regarding the Trojan War, as well as every civil war all around this globe in our past.

If we compare his draconic chart with Marine Le Pen’s natal chart, you can see his draco Moon (voters) exactly at 15° Aries, which is conjunction with Le Pen’s natal Desc, and in opposition with her natal Asc. Moreover, his draco angular houses are almost the same as Le Pen’s natal angular houses. He has draco Asc/Desc over 16° Libra/16° Aries (Le Pen has his natal Asc/Desc axis over 15° Libra/15° Aries). He has his draco axis IC/MC over 16°-17° Capricon/Cancer (Le Pen has her natal axis IC/MC over 19° Capricorn/Cancer). This is like they are the same, even he is in present life, now and here, against Le Pen. But, as you know, we always reject our shadow, because there is a memory. 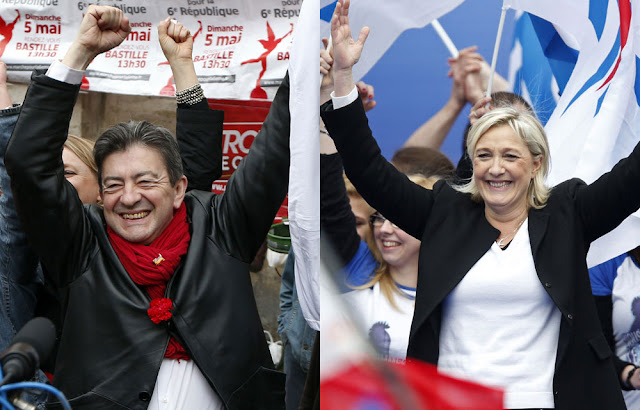 Until he supports her, Marine Le Pen makes he feels stressed, as her natal Uranus at 26° Virgo is sitting exactly over his Asc 26° Virgo. No wonder why he invited his supporters not to vote for Le Pen. This woman would be for him a real storm. 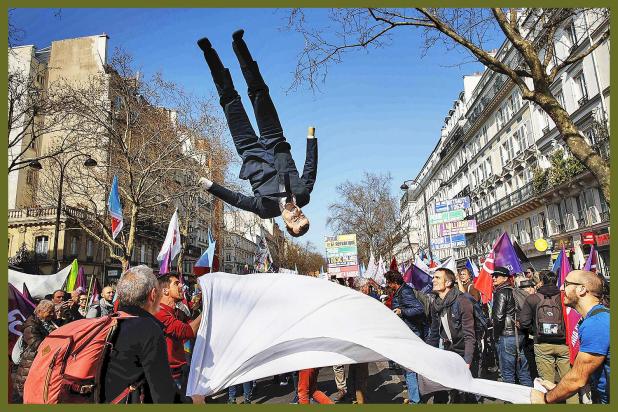 If we compare now synastry between Macron and Melenshon, we can see his Chiron (wound, harming) at 26° Sagittarius, is exactly placed where Macron has his midpont of Sun/RMercury 29° Sagttarius and Venus 21° Sagittarius. This is the place of wound for Macron, and wound comes by Melenshon. I would find this harming in Melenshon’s inviting to his supporters not to voter for Le Pen, but not saying clearly – vote for Macron! That’s the spot!