’A Flag At Half-Mast In Front Of A Public Building’ 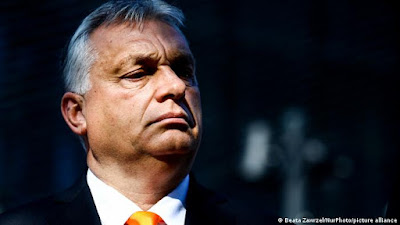 Parliamentary elections will be held in Hungary on 3 April 2022 to elect the National Assembly, coinciding with a referendum. This referendum is described as child protection issues concerning LGBTQ rights after pressure from the European Union (EU) over legislation which the EU says discriminates against LGBTQ people.

Victor Orban, the Prime Minister since May 2010, was born on 31st May 1963 (source of his chart is Astrodienst). He is Libra rising, with Moon, ruler of his MC (he as Prime Minister, his status, reputation) at 24º Virgo, in his 12th house. The connection between 12th house and 10th house (MC) in political life is quiet normal thing, as you need some kind support from ’behind your back’ if you want to be part of political life. After all, Pisces as 12th sign, Neptune as ruler of Pisces –they are symbol for politic. Orban’s Moon is very important right now, because on 12th April 2022 we are going to have the great Jupiter/Neptune conjunction at 23º Pisces 59’ (almost 24º Pisces) which is ’hitting’ his Moon (ruler of his MC). The Sabian symbol for his Moon’s placement is: ’A Flag At Half Mast In Front Of A Public Building’. Key words here are: letting go something from your life, death (don’t take it literally, for death is always some sign of some endings and new beginnings, change), moving on, walking away, leaving.

Victor Orban’s party, Fidesz, has axis of lunar nodes over 23º Pisces (North Node)/23º Virgo (South Node), and Chiron from 23 Gemini as the focal spot in this mutable T square is something which is going to be activated around 12-13 April, when Orban has his 2nd Saturn Return. In his relationship with Fidesz, he could get some lessons through his mistakes, and maybe even party as party would love somehow to ’transform’ Orban. I always use to say when the South Node is making conjunction in synastry with the planet of other person, the owner of South Node ’eats’ the owner of planet, for there is some hard lesson for ’digestion’.

Just one day after, on 13th April 2022, Orban is having his 2nd Saturn Return, with Saturn’s placement at 23º Aquarius 06’. The same Saturn makes inconjunction with his Moon (ruler of his MC), and he is not having ’easy’ time, he is on test, and he may ’fall’ somehow. Why? If we are observing the dispositor of his Moon at 24º Virgo, we see it is his Mercury at 21º Taurus 45’. This means his Moon from neutral Virgo, goes into the sign of his exaltation, which is great, but exaltation very often knows to bring illusions, person may somehow be not well grounded. Having planet in domicile is much more better for manifestation. The same Mercury, as planet which describes his role as Prime Minister, in time, turned direct on 31st May 1963 when he was born, and it turned direct at 24º Taurus 44’. This means, he was born with direct Mercury, but, it was still stacionary, and in shadow until 15th June 1963. In other word – he   may have problem to manifest all his wishes regarding his Prime Minister’s role. And it may happen right now, because his Saturn squares that Mercury (dispositor of his Moon), and on 13th April 2022, his Saturn Return happens, making all this much more stronger. There are going to be some obstacles for Victor Orban. I would also watch on period in time after 15 years of his stepping into PM position, for after 15 days when he was born, Mercury left its shadow. That would be in about 3 years, in spring 2025. Until now, he did 12 years as the Prime Minister of Hungary.

Before I say something on his Saturn Return chart, let me just tell you that we have to notice his Sun (his status, reputation, he as PM) at 9º Gemini, in conjunciton with one of 4 royal stars, with Aldebaran (’The Watcher of East’) which is linked with Russia. So, through this, we can see his way of doing his job too, which side he chooses etc.

If we cast the chart for his Saturn Return (using equal houses system) every house starts at the very end of each sign, which also means there is some kind of transition for Victor Orban, he reaches some endings. Ascendent in that chart is at 29º Leo, and every house describes 2,5 years ahead, so, his 1st house would describe time from 13th April 2022 until 13th October 2024. The Sun is the first ruler here, and the Sun is exalted, in Aries, in 8th house, which is not supportive, speaking about a lot of challenging time. As I told you, exalted planet may have problem, even it has very high dignity, but planet in domicile is stronger. We should check where is the dispositor of his Sun in Aries in his Saturn Return chart? It is Mars in Aquarius,almost at the very end of Aquarius, at 29º, which brings the Sun (the King, the PM) from exaltation into the land where it has its exile, and at the degree of endings – this may be also a sign of Victor Orban’s fall in political way. The other ruler of his 1st in Saturn Return chart is Mercury at 4º Taurus (at 3º Taurus the Moon exalts), which is nice position, but again we have the exaltation degree here. The dispositor of Mercury in Taurus is Venus, and Venus is in Pisces, where Mercury falls – again sign of his possible falling. As we can see, double signs of his possible falling. His role of PM of Hungary is going to go through some big big transformative time.Also, you can notice that Saturn Return chart has Asc 29º Leo, and Orban’s natal Mars is at 28 Leo 39’, in opposition with his natal Saturn-Saturn will ’hitted’ during 2023 and bring him problems, better say, obstacles. To be concrete, exact aspect will be on 24th February 2023. This man will be faced with a lot of obstacles, restrictions.

Also, we must notice axis of lunar nodes in the horoscope of Hungary (source is The Book Of World Horoscopes by Nicholas Campion) over 23º Aquarius (North Node)/23º Leo (South Node). So, Orban’s Saturn is in conjunction with the North Node of his country, which means that this April 2022, there are going to be some lessons for Victor Orban. His Saturn opposite the Moon 22º Leo in the horoscope of Hungary means that his nation may now feel preassure more then ever, and that preassure comes from Orban. After all, even his natal Moon 24º Virgo in his 12th describes his nation, and it is now under Saturn’s transit and repeating natal  base where Saturn ’attacks’ his Moon with inconjunction, as well as Saturn squares his Mercury (dispositor of his natal Moon).

His Asc/Desc axis goes over 8º Libra/8º Aries, and this year, Jupiter will turn retro at 8º Aries on 29th July 2022, starting to make him possible affairs, as natally he has Jupiter at 12º Aries, opposite his Asc, and squaring his IC/MC axis.

If we observe the horoscope of Hungary, we can notice that Solar Arc Pluto (moving 1 degree per one year) just crossed over Venus (ruler of 4th – opposition in country). Pluto is the ruler of 10th and represents rulers. What was interesting for me is that Venus of Hungary is OOB and it may give some extra potential. On 30th April there will be the solar eclipse at 10º Taurus, hitting axis IC/MC of Hungary, which also may be a sign of some change there. 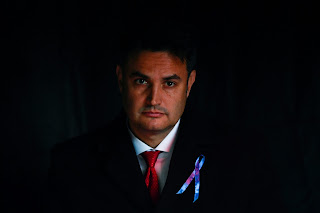 Peter Marki-Zay, the leader of the United opposition in Hungary, was born with Venus OOB (as well as with Mars OOB).

When Orban took the Prime Minister office, on 29th May 2010, there was strong T square, mutable one, over 27º Virgo (Saturn's placement), 28º Pisces (Jupiter's placement) and the Moon as focal planet was at 27º Sagittarius. The exit was across, around 27º Gemini, because then we get the great mutable cross. Peter Marki-Zay, has his Venus/Mars (both OOB) there, at 28º - 29º Gemini! So, the exit may be in this man now, specially because in early May, on 5th May 2022, we will have the Jupiter's return from 29th May 2010. Jupiter's cycle is 12th years and Orban is the PM for 12th years!

Progressed (as well as Solar Arc) Sun (Prime Minister) of Hungary changed sign, two years ago, coming at 0º Satitarrius 00’ (right now it is already at 2º Sagittarius), saying us that there is a possible change too. 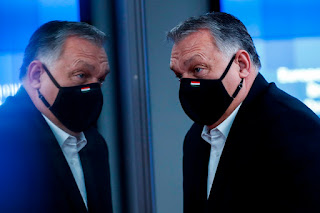 Asteroid Moscow in Victor’s chart is placed at 15º Capricorn, which means that his Saturn is the ruler of Moscow. And here we go, we are getting clear sign what is going to be his main problem? His connection with Russia, that may cost him his position, for his Saturn squares his stacionary direct Mercury (ruler of his Moon – which is planet which represents his MC – he as Prime Minister).

Interesting, but asteroid Europe in his chart also has as its dispositor the same Saturn in Victor’s chart, as it is placed in his chart at 0º Capricorn. So, in his Saturn 23º Aquarius we can see both, Moscow, as well as EU. This only confirms how his 2nd Saturn Return is important!

His Fall Is Starting, even if he would get the upcoming elections...