The homeopathic remedy made from gold 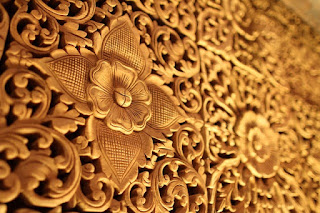 In the world of homeopathy, when we talk about the homeopathic remedy made from gold Aurum metallicum, we refer to it as Aurum and pronounce it or-um. Aurum is most well known as a treatment for anxiety and depression. However, like all remedies, it has a much broader set of indications than that.

One of the many sweeping statements made about a person who may benefit from the remedy Aurum comes from the British Homeopathic Association. They say: Aurum is the sage, the wise coun­sellor, who has experienced all things and attained wisdom.

In the literature of homeopathy, authors are fond of writing about remedies by doing a profile of famous people in history.

It is claimed that Napoleon Bonaparte was an Aurum metallicum individual. One writer says the following characteristics matched Napoleon:

-          They will usually reach senior positions. Their behaviour is changeable and sometimes humourless – they have a tendency towards anger.

-           These are individuals with many good qualities: they are intelligent, well-mannered, honest, responsible, hard-working and successful.

-          They value gold (money) – material possessions are important to them, which is why they work so hard.

-          When they are unbalanced they lack self-confidence, are self-critical, have strong feelings of failure and indignation, feel guilty and as though they have done everything wrong, even if this does not represent reality.

-          When they are in this frame of mind they become irritable, aggressive and enraged, especially if somebody contradicts them.

-          Over time, this irritability is internalised and the Aurum person falls into a deep depression.

As an astrologer, I would add this:

-          Aurum is all about Sun/Uranus conjunction, it is about extreme sports where we have a high risk, Aurum person is very brave, very ’crazy’, very often going over his/her own limits.

-          Aurum is all about the royal fixed star Regulus (’The Heart of Lion’), it is all about Mars/Jupiter aspect (as Reguls’ nature is Mars-Jupiter). Aurum is all about the Sun. In alchemic and Hermetic traditions, suns  are used to symbolize a variety of concepts, much like the Sun in astrology. Suns can correspond to gold, citrinitas, generative masculine principles, imagery of "the king", or Apollo, the fiery spirit or sulfur, the divine spark in man, nobility, or incorruptibility. Recurring images of specific solar motifs can be found in the form of a "Dark" or "Black Sun", or a green lion devouring a Sun.

-          Aurum is linked with the golden asteroid 16 Psyche (1+6=7,and 7 is Uranus – being brave, being ’crazy’). Asteroid 16 Psyche was discovered on17th March, 1852, and it was placed at 29° Leo, making conjunction with the royal fixed star Regulus. In previous issue of #IAM32 July/August 2020 #Ants, I wrote on Psyche. Psyche means the soul.The soul is all about the Moon, and for alchemical wedding we need the meeting of the Sun and the Moon.

Donald Trump as Aurum person – IN GOD WE TRUST; LIBERTY 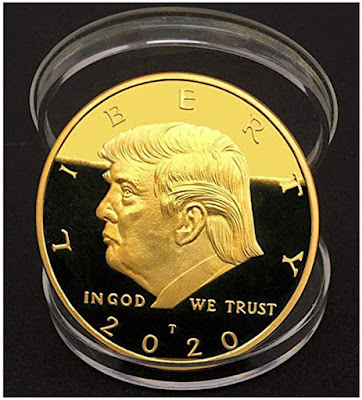 In the chart of the U.S. President Donald Trump, we can see Asc 29° Leo, at fixed star Regulus (’The Heart of Lion’), he has the Sun (ruler of Asc) in 10th house (his reputation) together with Uranus.The Sun/Uranus is always about LIBERTY. Mars at 26° Leo is very strong in his chart, ’sitting’ at his Asc too, very close with Regulus royal star, squaring his MC (his reputation). The Sun/Uranus conjunction in 10th house, making sextile with Mars at Asc, as well as wide trine with Jupiter. As we can see, Donald Trump has big support of the royal fixed star Regulus. In mythology sense, here we have the story of Heracles and Nemian Lion.  The Nemean lion was a vicious monster in Greek mythology that lived at Nemea. It was eventually killed by Heracles. It could not be killed with mortals' weapons  because its golden fur was impervious to attack. Its claws were sharper than mortals' swords and could cut through any armor. Where might be dangerous for Donald Trump? Recently, his presence in an underground White House bunker during clashes outside the residence did fit perfectly in this myth, but at the same time, whenever Trump visits ’underground’, ’Pluto’s world’ – it could be dangerous for him,just like in myth, he shouldn’t hide in order to stay safe! Funny, or not, but Trump has Pluto in his 12th house (hiding), and the dispositor of his Pluto is the Sun which is very high in his chart, in 10th house (public house).

The golden asteroid 16 Psyche in Trump’s chart is placed at 15° Cancer 14’, at Jupiter’s (GOD) exaltation degree – Psyche within Trump has strong support from the main god, Zeus, which gives to Trump wealth in life too. In the chart of Psyche’s discovering, we can see the North Node at 14° Cancer 36’ (almost 15° Cancer). Asteroid Zeus in Trump’s chart is at 29° Aquarius, just across his Asc,and I’ve mentioned above that 16 Psyche was discovered at 29° Leo, where is Trump’s Asc.

The ruler of his Psyche is the Moon at 21° Sagittairus, as part of his lunar eclipse on the day when he was born on 14th June, 1946. This all is very powerful in Trump’s chart. Around 21° Sagittarius, we find the fixed star Atrium (The Southern Triangle constellation) which is linked with the secret societies, secret services as FBI, CIA, and every secret knowelege, symbols, masons. If I should say now where is the dangerous point within Trump’s life – I can say it came from the secret world.

Who is the biggest enemy for Psyche? It is Aphrodite, Eros’ mother. Both, Eros and Aphrodite, in Trump’s chart are placed within the sing of Taurus (Aphrodite at 17° Taurus 32’, Eros at 6° Taurus 28’), which means that Venus is the ruler of both asteroids. And Trump’s Venus is the ruler of his MC (he as President, and his reputation), and she is placed at 25° Cancer 44’. Venus has conjucntion with Saturn and Saturn (loss) in Cancer could bring him some falls. As there is inconjunction with the Moon 21° Sagittarius (the ruler of his Psyche), as I’ve said – his enemies comes from the secret world.

Trump’s life had up sides and downs, he lost money, he failed in past, but he did rise again. He adores gold, just recall the moment when he started his term in the White House, and when he brought golden furniture. His private home is full of gold too. Finally, even his hair is somehow golden, and we can say he is a golden boy!

In the chart of South Africa (10th May 1994,12:20, Pretoria), we can see the midpoint of Mercury and Pluto at 29° Leo and Chiron (wounds) at royal fixed star Regulus. Pluto is the ruler of IC – deep, in underground,countryside, wealth we can find, and Mercury is in mythology Hermes, the one who is the only one who goes to Hades’ (Pluto’s) world, but come back too.

From the land of South Africa, I got ’The Heart of African Lion’, the golden gift (read more about it in our #IAM31 #Detection issue May/June 2020). I have North Node at 29° Leo, at Regulus in my 9th house (the gift came from abroad). I have Uranus at Asc, and my Sun is in Aquarius (so, there is Sun/Uranus combination). I have Mars/Jupiter conjunction, as both planets are important when we observe Regulus star. Moreover,in my case, Jupiter is dispositor of my golden asteroid Psyche which is placed in my chart at 12° Pisces. Mars is dispositor of my Eros, which is placed in my chart at 5° Aries. My Moon is at 15° Cancer, where is Trump’s golden asteroid Psyche, and where was the North Node when Psyche was discovered. There we can feel the God in full sense of that word. 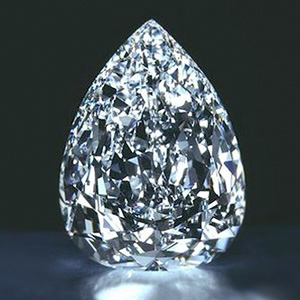 Well, my personal remedy is not Aurum,  it is Adamas (Diamond), but I got ’The Heart of African Lion’, the golden gift, from person who is Aurum remedy. Adamas is sharp, rare, and stands out, it is very different from others.  Aurum and Adamas – they go together.

Born and raised in Africa, he has the Sun/Uranus conjucntion in his 6th house, at 22°-23° Libra – very fast even as child, his all power comes within his job, through his career, status, there is his main focus to reach his goals. As the Sun is the ruler of his IC, and Uranus is the ruler of his MC, in one period of his life, he had his own jewelry shop, where he sold the gold. He loves (and he does) extreme sports, and very often he says he does not care if he dies (Sun/Uranus). Aurum person could be very close with all what is Aurum – in one moment of his life, one mountain climber did jump and died very close to his house.Death is all around him. He loves expencive watches, jewelry, he is Libra and Libra has always taste for beautiful things. Moreover, Aurum persons very often listen classical music, and he adores Mozzart. He developed his spiritual side too, as Aurum persons very often goes into meditation, religion, silence. He loves guns, shooting, too, as life in Africa by itself means you have to have your own gun, for selfdefence, just in case.

His biorhythm number is 7, and his personal number is 9. If you remember, Aurum is 79. He has Mars very close with Asc (orb within 5° I take it works for Asc, even it is in his 12th house), in square with Jupiter. Regulus fixed star in his chart is prominent too, as he has the midpoint of the Sun and Saturn at 29° Leo. Within his career life, he meets very powerful people...

During March 2021, he will have his secondary progressed Moon over 29° of Aquarius,which might be very important timing for him regarding his personal goals within career life.

At the end of article, I would love to say thank you to Ranka Bosnić Lic I.S.H. Homeopath (Cork Homeopathy, Ireland) for inspiration. More about Ranka you can find here: About Ranka Bosnić