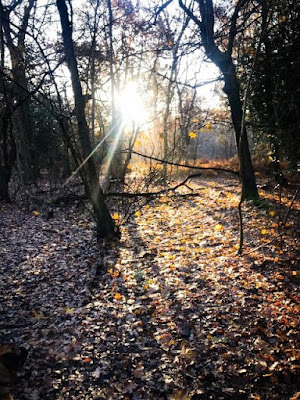 Jupiter enters Capricorn today, Monday 2nd December 2019 (GMT 18:20:02). During its journey through the sign of its fall,  through conservative Capricorn, it’s going to additionally make a ’three grand conjunction’ with Pluto (deep transformation) and this will probably evince more of its ’bad side’ than usual. Jupiter speaks about morality, about legal issues, about economy, wealth generally, trips, education, and it always expands, in this case, when it travels through the sign of Capricorn, we might expect it will expand problems, it will expand affairs, it will expand conservative issues. Together with Pluto, we migth expect that is going to be a huge and very intense. Jupiter/Pluto cycle which lasts 12 years (it is the faster cycle, comparing other cycles...)

-           development of ’plutocratic’ political power;
-          expanding of international terrorism;
-          influence on economic cycles generally;
-          events on stock exchange (for example there was a big stock market crash in the United States in 1939 when Jupiter/Pluto conjunction occured within the sign of Gemini – just to remind you, Jupiter is in its exile in Gemini)

The last Jupiter/Pluto conjunction was on 11th December 2007, at 28º  Sagittarius 24' (very close with Galactic Center) and it was a big sign that we are going to have some big deep changes on the collective, mundane level, when we are speaking about religion (Jupiter in Sagittarius). If you remember in  2013, this world got a new Pope, Francis I. Pope Francis I, is the first Jesuit pope, the first from the Americas, the first from the Southern Hemisphere, and the first pope from outside Europe since the Syrian Gregory III, who reigned in the 8th century.And, Galactic Center as the the biggest power place within the Zodiac we may link with the Vatican! Francis’ natal Sun at 25º  Sagittarius54’, very close with Galactic Center 26º  Sagittarius. It would be interesting to follow his chart too because he was born with Jupiter at 3º  Capricorn, so he is going to shortly have his Jupiter return!

I am not taking the chart for euro, as EU currency (1st January 1999), where we can see Venus (essential significator for money) at 25º  Capricorn 20’ in square with Saturn in fall at 26º  Aries 46’. It would be interesting to follow what will happen with EU montery fund during 2020 when Jupiter makes its first grand conjunction with Pluto at 24º  Capricron 53’ on 5th April 2020! The Euro as currency might experience problems, there might be some restrictions too (squares with Saturn). Around Jupiter/Pluto grand conjunction there will be the Full Moon (so called Egg Full Moon) at 18º  Libra 44’, hitting Venus (money) as ruler of its MC (reputation ) in the chart of EU – one more sign that there might be some problems especially if we take the fact that Venus in EU chart is at 19º  Libra (the Sun’s fall degree). Also, in the chart of euro as currency, we find ’weak’ Mars in exile at 18º  Libra, as part of T-square with Saturn in its fall (in Aries) and Venus as the focal planet of this T-square at 25º  Capricorn where the grand Jupiter/Pluto conjunction is occuring. Have on mind that a real storm for the EU is coming after April, i.e. in the moment when Uranus makes its first oppositon to EU’s Sun 8º  Scorpio on 31st May 2020! That Sun might be the French president Emmanuel Macron who would try to save the EU, leading the same through some radical changes.But, with first Uraunus’ oppositon, the end of EU might start!
The second Jupiter/Pluto conjunction is happening on 30th June 2020, again at 24º  Capricorn, and both planets will be retrograde, which means that something will repeat from the recent grand conjunction on 5th April 2020 ,and some hidden things will surface. And this is happening just between two summer eclipses on 21st June (at 0 Cancer) and on 5th July at 13º  Capricorn (so called Buck Moon). Have in mind that Jupiter/Pluto conjunction may impact the US too, because in the chart when US dollar was made, we find the Sun at 14º  Cancer, and the US has in its chart the Sun at 13º  Cancer, but moreover, in the US chart we find Mercury (trade) at 24º  Cancer, which will be touched with Jupiter/Pluto conjunction at 24º  Capricorn. Mercury is in 9th house in the horoscope of the US, speaking about the trade with foreign countries, of course, and it has oppositon with Pluto at 27º  Capricorn, which means that the US is going to make some kind of ’war’ in economy, because the US economy is going to be under deep transformation with the upcoming three Jupiter/Pluto conjunctions during 2020. Mercury 24º  Cancer from US chart carries within itself Uranus 8º  Gemini (Aldebaran royal fixed star – ’Watcher of East’, usually China and Russia) from 8th house in chart of US (house of conflicts),so we may suspect with which countries US is going to have trade war! Specially if we take the fact that the end of November 2020 brings eclipse at 8º  Gemini, which moves US’ Uranus at Aldebaran in 8th house (house of conflicts).
And, the last one grand conjunction of Jupiter and Pluto, is going to be at 22º  Capricorn 52’, on 12th November, just after US election, at the same place within the zodiac where the grand Saturn/Pluto conjunction is happening on 12th January 2020! It will be some kind of outcome of the Saturn/Pluto conjucntion. 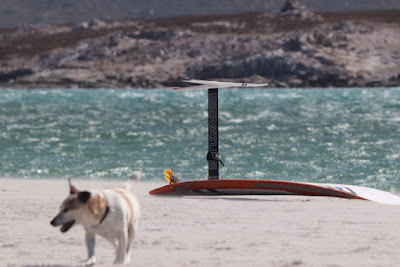 During its journey through the sign of Capricorn, Jupiter won’t make a meeting with Saturn, it will be postponed for 21st December 2020, but the meeting will be at 0º  Aquarius, which will open totally new epoch, a much more modern time. Until then, we have to ’digest’ 2020 and all the challenges it brings. Moreover, we can’t stay blind over the grand Saturn/Pluto conjunction at 22º  Capricorn 47’ on 12th January 2020, which will ’shake’ the world, because Saturn/Pluto grand conjunciton usally brings wars,epidemics, as well as decolonization. There is going to be deep transformation within the field  of culture too.This cycle always affects Balkan, Jewish people, Arabian world, Middle East generally.

Saturn/Pluto cycle lasts from 33-38 years. Every planetary cycle starts with conjunction of two planets, and it continues over sextile, square, trine, opposition..., trine, square and again conjunction. For example, in 1914 we had Saturn/Pluto conjunction within the sign of Cancer and WWI commenced. When Saturn made opposition with Pluto over Cancer/Capricorn axis, we had Hitler, Stalin, Musolini.At the same time Ghandi took his march to bring independence to India from the UK. In 1947 India and Pakistan received their independence from the United Kingdom, as well as communism took its power in the Balkan countries. In 1965 we had the Vietnam war, the oppositon of Saturn and Pluto went over Virgo/Pisces axis (communism against capitalism). June 1967 and ’Six-Day War’ when Israel took territory which it keeps now too (it was a period of Saturn/Pluto oppositoin). In 1982 Russia invaded Afghanistan. In 1993 Saturn/Pluto square over Aquarius/Scorpio axis – war in Bosnia, big inflation, the end of ex-Yugoslavia. The biggest inflation in the world was also in Germany, in 1922, when Saturn and Pluto made square over Libra/Cancer. In 2001 Saturn and Pluto made an oppositon-on 11th September 2001 and  well known attack on the US (New York).

Prince William-Born to be a King!Could the Crown Go to William, Skipping Prince Charles?
"One day baby Prince Charles would give up the throne"
predicted the famous astrologer Charles Carter in 1949... 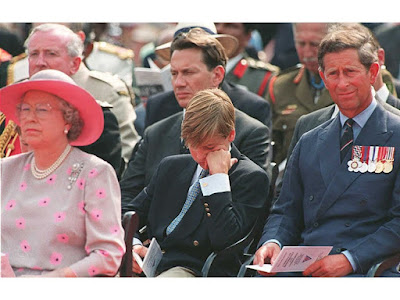 Saturn/Pluto grand conjunction at 22º  Capricorn is happening just two days after the lunar eclipse (Wolf Full Moon) on 10th January 2020 over axis 20º  Cancer/20º  Capricorn! At the same time, Jupiter prepares to cross over North Node (which is in vedic astrology snake, and the place where we can touch the worst, all in order to digest bad and take a lesson which provides the South Node across). I am taking the chart of the Queen Elizabeth II as an example, because her axis of lunar nodes goes over 20º  Cancer (North Node)/20º  Capricorn (South Node), so, the lunar eclipse will ’hit’ her nodes and there will be something very intense for her. Also, we can see her Asc at 21º  Capricorn 23’, very close with 22º  Capricorn where the grand Saturn/Pluto conjunction will happen. Her progressed Sun (male planet, could represent the King too) will be at 0º  Leo (male sign), and this may be a huge sign that the UK is going to have a male as a head of country. Even it would be Prince Charles’ turn, I keep open eyes for Prince William, because he was born just few minutes after the solar eclipse on 21st June 1982, and his natal Sun is at 0º  Cancer, where during summer, i.e. on 21st June 2020, we are going to have the solar eclipse again! So, it will be for his birthday! Moreover, his lunar axis of nodes goes over 13º  Cancer (North Node)/ 13 Capricorn (South Node), and just after the solar eclipse at 0º  Cancer, which hits his natal Sun, the next eclipse is going to be the lunar one, at 13º  Capricorn, which hits his natal lunar axis of nodes. This is more than a big sign that Prince William is ready to play a much greater role within the royal family! Moreover, the end of 2020 is will bring us the lunar eclipse at 8 º Gemini on 30th November 2020, where Prince William has his natal Mercury in 6th (his daily royal duties), which is in conjunction with the royal fixed star Aldebaran (’Watcher of East’, usually linked with Russia and China today). Maybe William will be the one who will open totally new time for British’s royal family, involving much more country with East...

Prince Charles' Jupiter at the very end of Sagittarius, at 29º Sagittarius - waiting all his life to be a king? 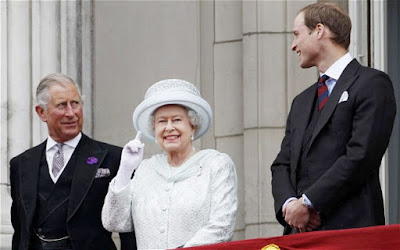 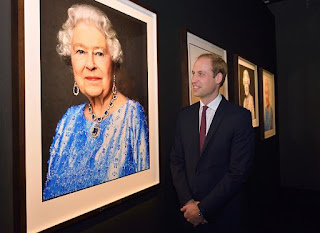 UK is Libra rising, so Venus is its ruler, and progressed Venus is now crossing over the very end of Gemini, over 29º  Gemini, and in the second part of 2020 it will cross over 0º  Cancer, over William’s natal Sun, which was the place of his prenatal (solar) eclipse, so it seems that is really time for Prince William within the royal family... We will see, time ahead will show us... One is sure, the UK is preparing for change, right now there is an transition period (crossing from 29º  to 0º). After all, after 30 years progressed Venus of UK changes sign, leaving mutable Gemini, and entering in cardinal Cancer, where she will first has crossing over William’s prenatal eclipse (as well as his natal Sun 0º Cancer) which will for sure make a very big change within royals, after 30 years....

~
In late fall of the year 1894 BCE, Saturn had just transited Pluto at the end of Capricorn, and Jupiter was aproaching to do the same. Saturn left the sign before Jupiters transit of Pluto, and there were no retrograde periods to bring them back together. At this time, the ancient city of Babylon was established by Sumu Abum, an Amorite King. The city was small and insignificant, but within a few short generations it grew. By the sixth dynasty, less then 100 years later, the King Hammurabi codified a series of simple rules and regulations inspired by Samash the Sun god, by adopting previously existing edicts into new socio-economic realities. These regulations inspired by divinity were etched in stone, and have influenced all modern law to this day. 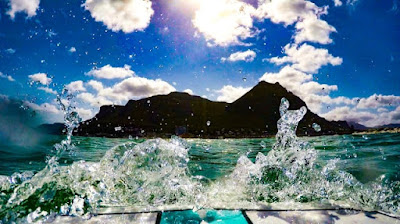 Unlike the triple conjunction that birthed Babylonia, which lasted only a few months, the coming trifecta in Capricorn will last almost an entire year. Jupiter enters Capricorn today, on 2nd December 2019. In mid March 2020 (just before the second Jupiter/Pluto conjunction on 5th April 2020), when Jupiter, Saturn and Pluto are all within 10 degrees orb, Mars and the Moon will join the super stellium. Saturn will cross into Aquarius soon after, but retrogrades will pull all three back together in Capricorn for the summer. In October, all three will again be moving direct, but now within 6 degrees orb. The triple conjunction persists until mid December when Jupiter and Saturn move into Aquarius which I’ve mentioned above, and which will bring totally some new, much modern time...
Are we prepared to rewrite the laws of our society ?

Book your reading in advance with me, here you can check the list of services which I provide - Book Your Reading