This article was first time published in The Astrological Journal (Astrological Association of Great Britain):  www.astrologicalassociation.com

Using techniques of significant degrees, fixed stars, the 12th harmonic, natal and draconic astrology, synastry, secondary progressions and transits, the author demonstrates the many interlinking strands of her approach and traces the fateful links between two past leading figures of the AA and Journal and the present 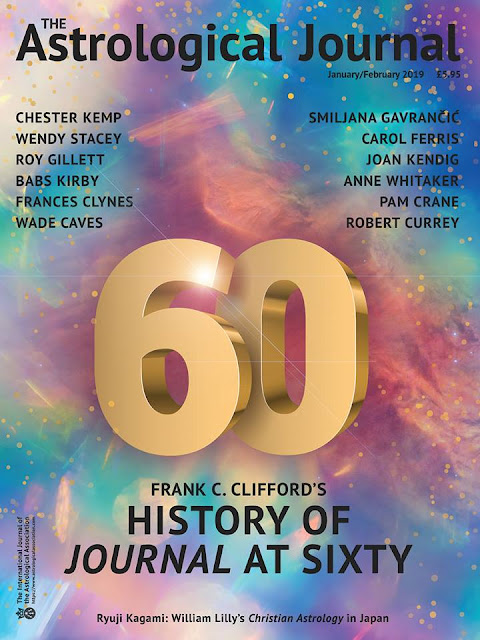 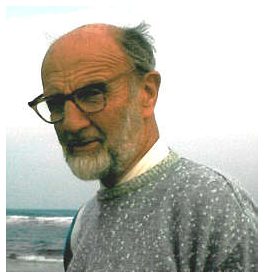 Matthews became editor in 1972 (until 1991). Harvey became president a year later in 1973 (until 1994). During this period, the AA’s progressed Sun crossed from 12º Cancer 48’ to 13º Cancer 45’ and over the largest fixed star, Sirius (the Canis Major constellation). Sirius is also called the ‘Guardian of Europe’, representing those who supervise all the others, being the power, the fame and the wealth.

Cancer at 13º is a ‘significant degree’ for the AA and AJ, and in my system of astrology the following details are pertinent. Harvey has a draconic Moon at 13º Cancer 05’ while Matthews has in his natal chart a conjunction of Mercury (publishing, publications, journal) and Venus (the ruler of his MC) at 13º Capricorn, exactly opposite Sirius. In Matthews’ draconic chart, the ruler of his natal 11th house – which is the house of astrology and astrological associations – is at 13º Cancer. 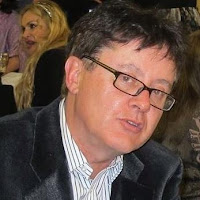 There is an interesting synastry between the present AJ editor, Victor Olliver and Matthews. Mars in both their charts is similarly placed: Zach has retrograde Mars at 12º Cancer 06’, while Olliver has it at 11º Cancer 32’, both very close to Sirius (at 13º Cancer). Moreover, Mars in both charts is OOB, which describes tireless energy (despite Mars being in fall). In Olliver’s chart, Mars is in the 5th house (creativity, though this is also the Ascendant from the point of view of past life) and ruler of the 9th (publishing, future life, our purpose). In Matthews’ chart, Mars is the primary ruler of the 11th house (astrological associations, organisations) in Scorpio.

Another Matthews-Olliver connection: Matthews’ nodal axis lies across 16º Virgo (NN)/16º Pisces (SN) – Victor has his Moon (and the Moon in my system carries the soul’s memory from the previous incarnations) at 16º Pisces! The conjunction of Olliver’s Moon and Matthews’ South Node suggests a strong karmic bond. I should emphasise, however, that when I see the South Node touching a personal planet, this is not literally about a ‘past life’, but about a transformative influence from the past, which is the symbolism of the 11th house, the sign of Aquarius and its modern ruler Uranus. In other words, it is the effect of Matthews’ personality that brings a great change and, ultimately, contributes freedom to Olliver in this life (as editor). Matthews’ nodal axis squares Olliver’s IC/MC axis (16º Gemini/16º Sagittarius). The square speaks about incomplete activities (of the past) which need to be completed in the present.

A strong karmic bond between these two editors is indicated by the conjunction of Olliver’s Venus (the ruler of his 3rd house – everything that we write, read, our verbal and written words) and Matthews’ Saturn. Saturn is the planet that ‘takes’ while another planet is the one giving: so, in this case, Olliver is the one who has a ‘karmic debt’ to Matthews and he feels this huge, unconscious need to repay it through his dedicated and committed work to the AA, as editor since 4 September 2014. On the other side, we see Olliver’s Saturn on Matthews’ Ascendant, so this really is a very strong karmic bond.

In Olliver’s draconic chart, Sun is at 12º Libra, the exact degree of MC in Matthews’ natal chart . In the year marking the 60th anniversary of the AJ, Olliver will be the one giving (in a way) a gold medal (Sun) to Matthews. It is Olliver’s draconic Moon at 27º Cancer, on the natal Neptune of Matthews (27º Cancer) – painting the picture of Olliver’s soul being the one that ‘hears’ the whisper of Matthews’ ‘ghost’ (Neptune in Matthews’ chart is the ruler of his 3rd house with Pisces on the cusp – written and spoken words, ideas).

If we look at Matthews’ 12th harmonic chart  (which speaks of our future life), then we find that the Moon and the Sun are at 14º-16º Sagittarius, which is the place of Olliver’s MC, while Venus in this chart is at 16º Virgo, directly opposite Olliver’s Moon (as well as on the very North Node of Matthews). Olliver enables Matthews to ‘live’, i.e. Matthews ‘speaks’ through or influences Olliver’s work (as the present AJ editor).

This year is significant for the AJ, not just because it celebrates its 60th but because Saturn touches twice the 13º Capricorn/13º Cancer axis in 2019. It happens first in January 2019; second time (and the last, maybe the most significant one) when Saturn starts its direct motion on 18 September 2019, precisely from 13º Capricorn 55’! Saturn will make the AJ even more of a ‘polished diamond’, as Saturn polishes, removing everything that no longer serves us, leaving only the good. Saturn is actually the truth and the truth is always beautiful. 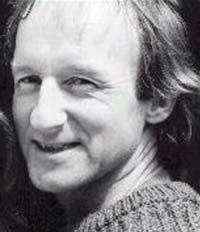 It is also interesting to look at Charles Harvey’s secondary progressions  for 18 September 2019: when Saturn starts its direct motion precisely from 13º Capricorn, it ‘calls’ for his draconic Moon at 13º Cancer. Why? Because then, the secondary progressed Moon of Harvey is at the Galactic Centre at 26º Sagittarius 18’ (where the draconic Ascendant of Matthews is as well as the place of the South Node when Matthews passed away on 19 January 2002). The Galactic Centre is the place of the greatest power and this is another confirmation of the AJ’s pre-eminence in the astrology world. Harvey’s solar Arc axis of IC/MC crosses 21º Capricorn/21º Cancer in 2019, the axis of Matthews’ natal Sun and Moon. And finally, we should look at Harvey’s progressed Sun at 16º Virgo in the course of 2019, the place of Matthews’ North Node, which touches Olliver’s Moon at 16º Pisces and Olliver’s natal IC/MC axis (16º Gemini/16º Sagittarius).

If we go back to the past and check the transit of Saturn across 13º degrees of cardinal signs, we find that Harvey and Matthews took up their positions at the AA and AJ as Saturn crossed 13º Cancer (1974/1975) – I would say that these two men have set stable foundations, helping to lead the AA and AJ towards becoming something like the ‘Guardians of Europe’ in their industry. Then, in 1981, Saturn crossed 13º Libra, and in 1989 crossed 13º Capricorn, followed by Matthews’ departure (in 1991), i.e. one cycle was closed. Following the 1959 birth of AJ, with Joan Rodgers as first editor, we see Saturn crossing 13º Capricorn during 1960, the year of its first solar return.

Saturn provides us with stability and safety in time. Of course, it requires respect for rules, order, discipline, time. Time (and patience) is what is needed to create something worthwhile – and built to last. 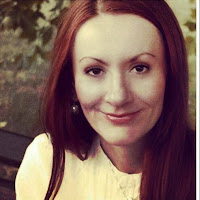 Smiljana Gavrančić was born in Serbia and she is the editor, founder and owner of the bimonthly IAM –  INΦINITY Astrological Magazine. She is an ISAR (CAP), studied hermetic astrology and practises astrology of karma and archetypes (fixed stars, mythology). She is also a leading exponent of significant degrees in mundane and natal charts – and was one of a few astrologers to predict that Donald Trump would become 45th US president a year before his election. Her websites: https://infinityastrologicalmagazine.com. And http://astrologsmiljanagavrancic.blogspot.com.