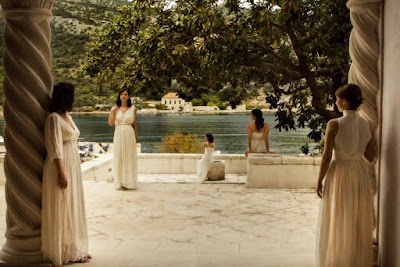 Recently, on 11th January 2015, for the first time in its history, Croatia got a woman to rule its state. In the second round of presidential elections, Kolinda Grabar Kitarović won over Ivo Josipović, now already the former President of Croatia. Secondary Moon of Croatia (people, woman) was, at the time, transiting 2° Scorpio 58’, namely, very close to 3° Scorpio! Croatia has its midpoint between Mars (army, energy) and the North Moon Node (future) at 3° Scorpio, so this is a very beautiful sign that the future of Croatia is in the sign of energy, i.e. wealth. However, having in mind that it is necessary to circulate with energy in a proper way, this is the point where a lot could be received, yet, a lot could also be lost… 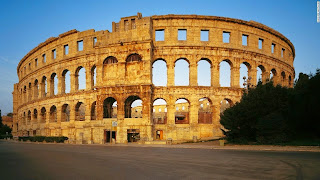 Also, as in the horoscope of Italy, the Moon is at 3° Scorpio, this shows a clear and tight bond between Croatia and Italy, having in mind the influence Italy used to have over the areas of Istria and Dalmatia, which is still to be felt today. However, it is interesting that I have mapped Rome precisely across it, at 3° Taurus (you may read about this in my Article Eternal Rome and 3° Taurus.

The influence of Ancient Rome is still present today in the cities such as Split (Diocletian’s Palace), Pula (The Arena) and similar. The very Arena in Pula may remind us of a place of blood and war, gladiator’s fights, which is in the symbolism of the exaltation of Pluto and fall of the Moon, while the place such as Split can remind us of the side of Pluto’s exaltation, where we have enormous wealth… This is where we may find Jupiter’s Temple, which, of course, implies towards wealth and it is also a very strong point of energy, but, above all, in the spiritual sense, while I would think of Pula as of a place of blood and war and negative sides of 3° Scorpio. 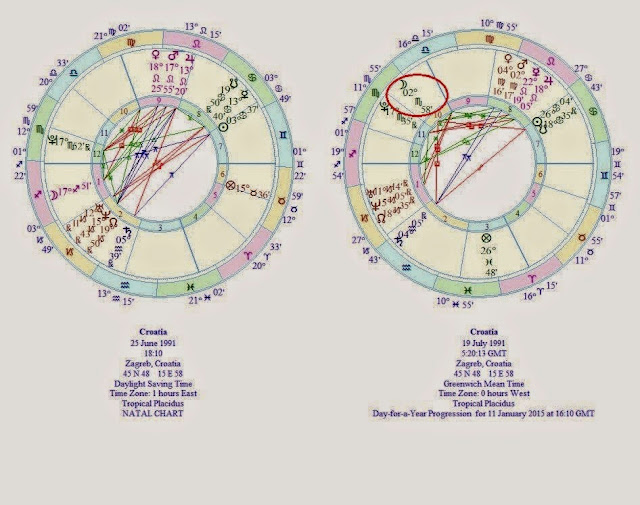 THE POINT OF DISAPPEARANCE AND THE POINT OF CREATION
Croatia is primarily related to the sign of Virgo, however, the very degree within the Zodiac from which this former SFRY republic ‘vibrates’ at would, by all signs, be at 3° Scorpio, the degree of the Moon’s fall and, at the same time, the degree of Pluto’s exaltation. This is a very powerful point in the Zodiac, as this is the point at which everything disappears, but also the point where everything is recreated at, after having disappeared. This is where one should have “emotional easiness” (the Moon’s fall), as only in this way we open ourselves for the wealth offered to us by the God of the Underworld, Pluto.

In the degree of the Moon’s fall, we may have the part of Croatian history related to the Independent State of Croatia (NDH), Ante Pavelić, prison camps and mass killing during World War II (Jasenovac). On the other side, in the degree of Pluto’s exaltation, we have the picture of a great underground wealth, huge energy, which is why the statement of Kolinda, after the victory: “Croatia will be the richest country in the world!” however unrealistic – is not impossible. I repeat, it is here where it is needed to be “emotionally easy”, learn to forgive, “bury the past”, so as that everything new that we plant would be based on healthy grounds, which is, then, to bring wealth and abundance. Pluto is an unconscious plant, while the Moon is a subconscious one, namely, there is no consciousness here and it is precisely the consciousness that is needed to correct some patterns, so we do not repeat them again.

The Kingdom of the Serbs, Croats and Slovenes

I cannot but add that the current horoscope of the Republic of Serbia, which is actually the moment of adoption of the Constitution of 2006, has the Asc-Dsc axis over 3° Aquarius/3° Leo, which also implies to a form of a possible problem between Zagreb-Belgrade, in the sense that some agreements and negotiations might be interrupted half way through and that things might remain incomplete…. 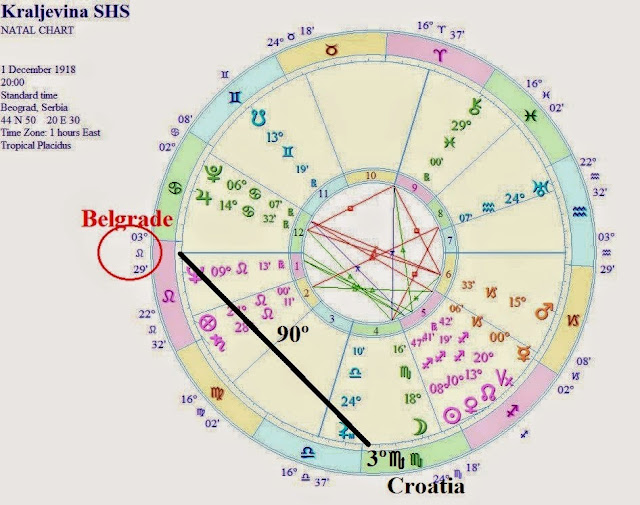 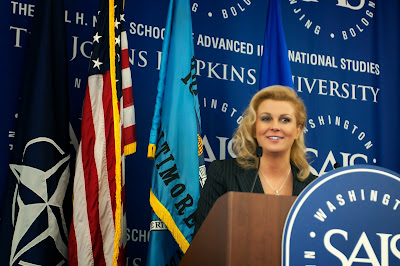 Kolinda has an exceptional biography, which is very much about the sign of Scorpio, the eight sign in the Zodiac, Pluto, as well as the United States of America. In the period between 2005 to 2008, she worked as Minister of Foreign Affairs and European Integration. From 2008 to 2011, she performed the duties of an Ambassador of the Republic of Croatia in the United States of America, whereas from 2011 she was NATO Assistant for Public Diplomacy. During her diplomatic engagement in the United States, Croatia joined NATO, on 1st April 2009. Also, her relations with the United States have started during an exchange program with the US when she graduated from secondary school in New Mexico, in Los Alamos. At the end of her post-graduate studies, she defended her thesis about American-Soviet Relations during the Cold War period, with reflections over the Reagan Administration.

Namely, as a Mundane Astrologer, the first thing that caught my eye, when I looked at the horoscope for the moment of opening of polling stations on 11th January 2015, was the position of MC at 8° Scorpio – which is Ascendant of the United States of America, but also the point in the Zodiac where the Sun in the European Union’s chart (Brussels) is, as the ruler of the EU Ascendant at 18° Leo. Hence, the first I thought was the following – these elections are rather important for the European Union and the USA, and the Universe sends to me, as an Astrologer, signs that a President of these elections could be the one candidate having strong relations with the United States! 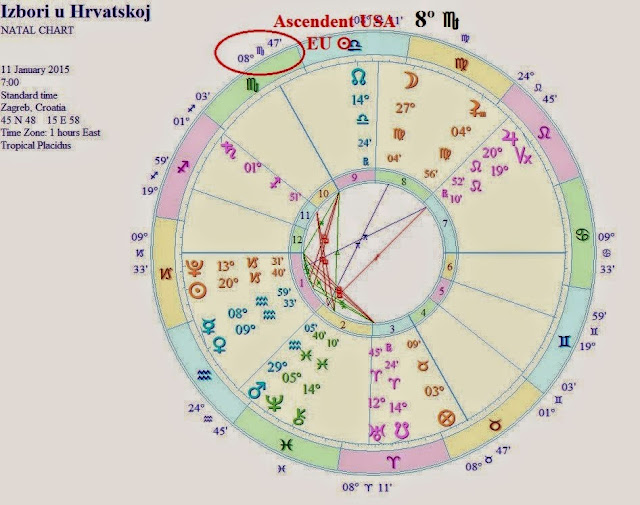 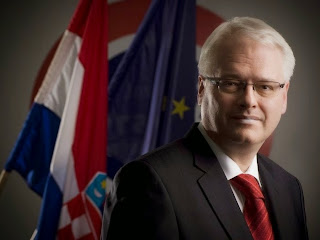 The tenth house always describes the ruling, while the fourth house always describes the opposition candidate. Ivo Josipović was the ruling candidate and he is presented with Mars, as the ruler of MC, at 8° Scorpio. As we can see, Mars is rather weak, as it is at 29° Aquarius and it clearly points out towards an end, departure (29° always points out towards an end, as this is a degree that does not bring materialization, while the sign of Aquarius may announce some sudden changes). Mars is in inconjunction with the Moon (people) which is at the degree of the Venus’s fall (finances), at 27° Virgo, thus, this is a picture of the people in some form of a financial fall and unlikely to support Josipović, primarily for the reason of their economic dissatisfaction. The depositor of Mars is Saturn in Sagittarius, where Mars (a fire plant) feels better than at 29° Aquarius. The first aspect Mars will make is a sextile with the Moon (people), when the Moon moves from the sign of Virgo to the sign of Libra. However, as Mars in Libra (Josipović), is in its exile this man did not get the necessary majority to win the would-be second presidential mandate.

Let us look at the fourth house now, which is in Taurus and describes Kolinda as an opposition candidate at the given elections. Venus is the ruler and it is at 9° Aquarius, in conjunction with Mercury (votes) at 8° Aquarius. All this is in the beginning of constellation of Dolphin, which is related to the Far West, the United States – namely, Kolinda won great support from the Diaspora voters. The depositor of Venus (Kolinda) is also Saturn from Sagittarius, namely, the same planet which is the depositor of Mars (Josipović), however, at the Moon (people) moves from Virgo to Libra loves Venus (Kolinda), as this is the sign of domicile for Venus, Kolinda won over Josipović. 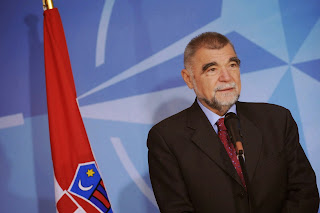 Zagreb is the capital of the Republic of Croatia and it is certainly true the capital’s horoscope may be analyzed through significant events in history. Let us look at the position of secondary MC (the capital’s reputation) for the moment when Croatia became a member of NATO. This is precisely 2° Scorpio 31’, which is within the permitted orb of +/- 30’, that is, quite close to 3° Scorpio – the exaltation of Pluto, the fall of the Moon. 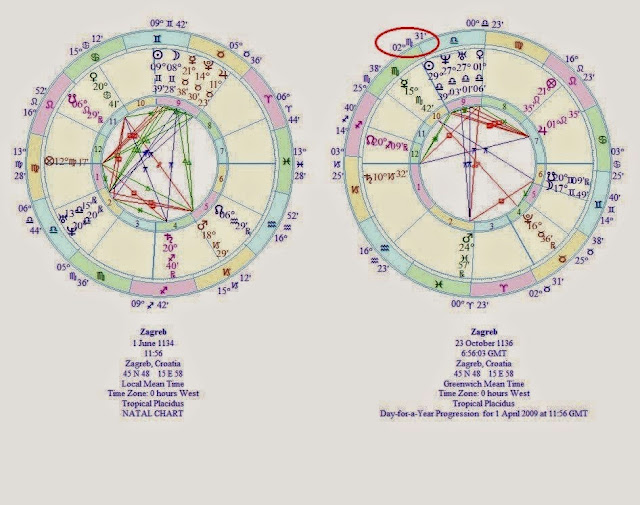 At the time, Stjepan Mesić, the last Vice President of the SFRY and the first democratic President of the Republic of Croatia was at the head of the state, after Franjo Tuđman. If we look at the Solar Arc directions of this man, we find that precisely at that time, the Moon (people) was positioned at 2° Scorpio 41’, which would mean that during 2009 it was going over 3°Scorpio! 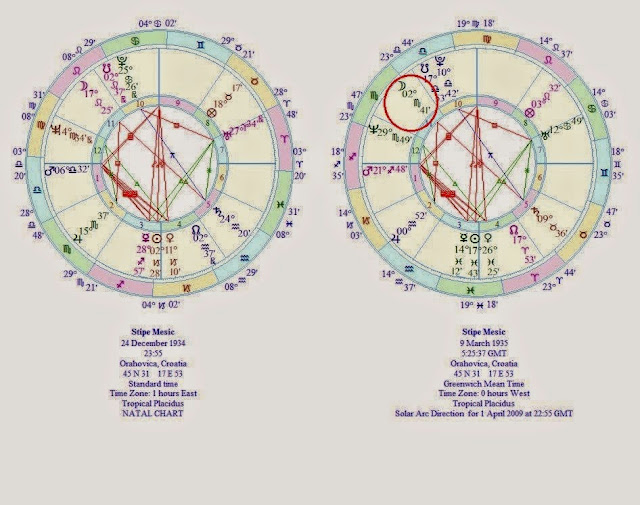 Connection between NATO and Kolinda at 2015 elections

The cusp of the tenth house (MC – reputation) in the horoscope of NATO is in Capricorn and Saturn is the ruler. However, Saturn is also the ruler of 12th house of NATO’s chart and 12th house always describes some hidden actions, intentions. It is interesting to see the position of Solar Arc of Saturn of NATO at the moment of Kolinda’s victory. We find it precisely at 3° Scorpio! 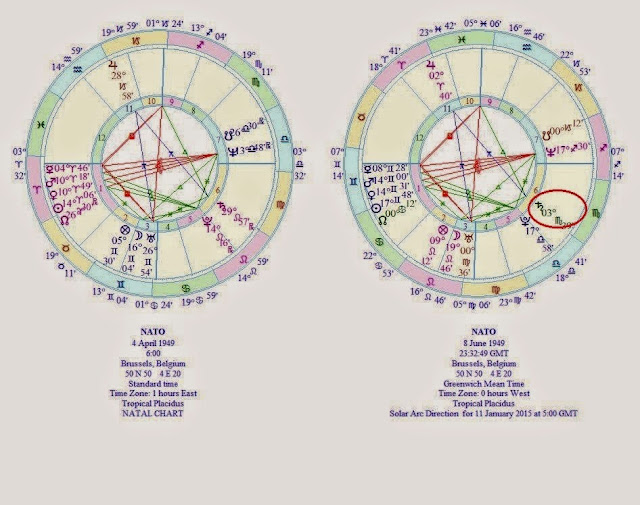 CROATIA BECAME AN EU MEMBER IN 2013 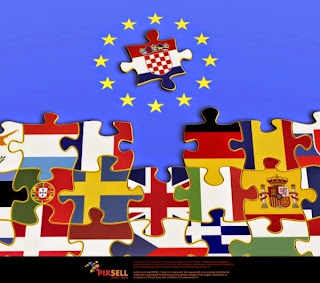 In July of 2013, Croatia became a full-fledged member of the European Union. If we look at the horoscope of Zagreb, as the capital, we find that the Solar Arc of the Sun (reputation) was, then, precisely at 3° Scorpio, while the Solar Arc of the Moon (people) of Zagreb was also very close to 3° Scorpio, more precisely it was at 2° Scorpio 44’! All this clearly points out towards the significance of 3° Scorpio for this country as well as to its great part within the NATO alliance as a military alliance. Here, the energy only needs to be used in a proper way, making sure that no action should result in killing of people (the Moon’s fall - 3° Scorpio!). 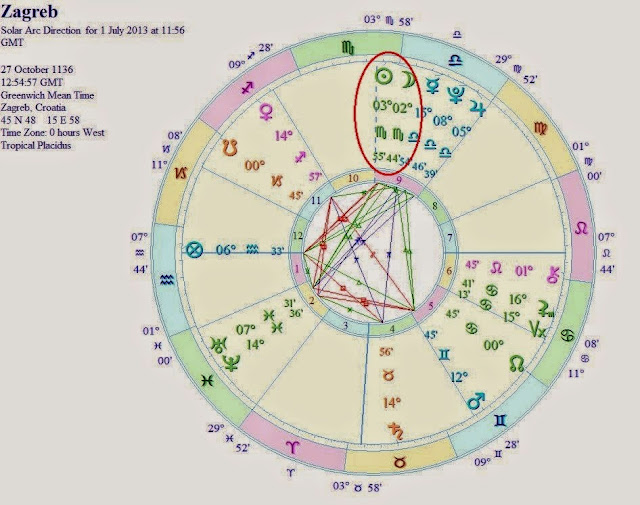 Let us also look at the horoscope of the moment when Croatia joined the EU. We see that it is precisely Venus, the essential signifier for finances, and the ruler in this chart of 2nd house (the banking system of the country) is at 3° Leo, which is in a square with 3° Scorpio, so what the accession to the EU brought to the Croats is precisely the problem of economic nature. Venus carries along the South Node (losses) from 2 (the banking system of the country), so it is more than obvious that this is a picture of debts. This is a picture of a banking system of a country that may end up in a serious problem (having a square with the degree of Pluto’s exaltation at 3° Scorpio), as the citizens of Croatia will be unable to repay their loans… 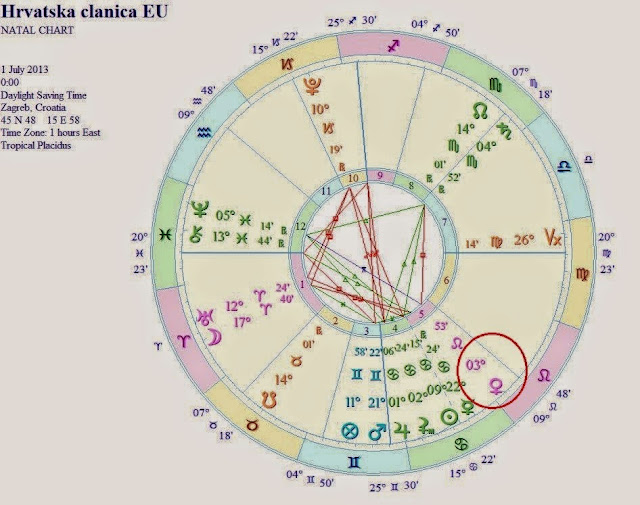 And, at the end, knowing the nature of 3° Scorpio, the question I raise is what is it so deep underground in the area of the Republic of Croatia, what kind of treasure could be found there? Is Kolinda, as the mythological Persephone, the one who will, in a proper way, rule the Pluto’s kingdom and become its mistress? This remains to be seen, however, a woman ruler could make a great turnover for this country, with, I repeat, the inevitability of EMOTIONAL EASINESS…
It is also interesting that Kolinda comes from a Scorpio’s city, from Rijeka… 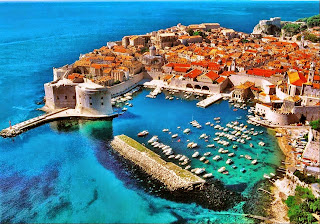 Finally, Croatia has an exceptional geo-strategic position, having in mind that it has an exit to the sea, so it is quite possible that the Croatian seas are the ones hiding the treasure, however, the Waters (emotions) must first be clear, purified from the ancestors’ memories…