‘Sensitive’ degrees in the AA chart Published: 20th April, 2018 I Author: Smiljana Gavrančić This article was first published in The Astrological Journal March/April 2018 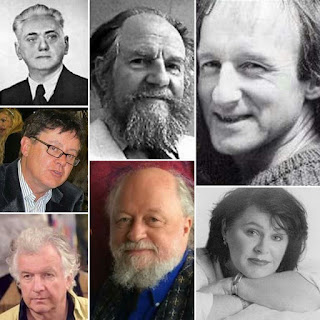 The primary ‘sensitive’ degrees in the AA’s horoscope (29º Capricorn/29º Cancer axis, in ‘transition’ to Aquarius 0º/Leo 0º) resonate clearly in the charts of its major players and events. These intriguing connections can be tracked not just through secondary and tertiary progressed charts, but also through solar arc directions and draconic astrology
(Natal birth details of prominent AA people are given at the end of this short essay where they are not given in chart captions. NB type of astrology system used in relation to chart caption dates)

In the AA chart, the [houses] 2/8 axis lies across 29º Capricorn/29º Cancer – in transition towards 0º Aquarius/0º Leo, square the lunar nodes axis (29º Aries/29º Libra). This axis (29º Capricorn/29º Cancer) proves to be very important in the affairs of the AA. When addressing the 2/8 axis of any organisation, we find insights into its financial health and income from membership, donations, gifts, etc. The square to the lunar nodes (as in the AA chart) is not an easy one and requires much effort to maintain cash flow.

At the moment of the AAGB’s founding, the progressed Sun of John Addey was at 0º Leo, ideal sign for the start-up (0º) of a ‘creation’ (Leo). Here we have ‘fire’ derived from the heart or a passion (Leo). Addey was the AAGB’s first president, and charting the course of his secondary (and even tertiary) progressions in his horoscope sheds fascinating light on the interplay between organisation and man (this is also true of the horoscopes of other important people connected to the AAGB, as I demonstrate below). 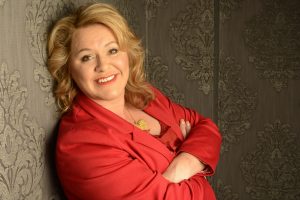 The AA chart has a Moon/Pluto-Leo/Virgo conjunction in its 8th house, close to Regulus (aka one of the Royal Stars of Persia, “the Keeper of the North”) which may foretell the powerful woman who (following Regulus’ ingress of the female sign of Virgo on 28 November 2011, after 2,160 years in Leo) could become very prominent within the AA in the time to come. She may increase income and bring greater benefits to the organisation, in keeping within the meaning of the transformational and financial house of the 8th.

In the draconic chart of the AA (which indicates the ‘soul’’s memory and purpose), there is Pluto (with the Moon applying to it from the 8th house of the AA’s chart) exactly at 0º Aquarius! Pluto is the power, but also the transformation. At 0º Aquarius, we also find the natal Moon of Charles Harvey, second president of the AAGB and its longest serving to date (21 years). Just as the progressed Sun of John Addey came to 0º Leo in the AA’s ‘birth’ year of 1958, so the progressed Sun of Charles Harvey came to 0º Leo in 1972, the year he took over the AAGB presidency. Also in 1972, the AAGB’s secondary progressed Mercury was also at 0º Leo. Mercury ‘carries’ the Sun at 29º Gemini, so this signifies the president who will head the organisation for a long time.

Roy Gillett: AA president since 1999; has Saturn at 29º Cancer 40’ in his draconic chart. In his natal chart, Saturn rules his Sun [Aquarius], and his Mercury and Jupiter are in Aquarius. Jupiter rules his Ascendant in Sagittarius, while Mercury rules his MC. On 8 September 2002, when Wendy Stacey was elected AAGB Chair, Roy’s tertiary Moon (woman) was at 0º Aquarius, while the AAGB’s solar arc directed Ascendant/Descendant axis, for that same day, lay across 0º Aquarius/0º Leo! Isn’t this amazing?

In Wendy’s birth chart, the 5/11 axis lies across 29º Cancer/29º Capricorn, in transition to 0º Leo/0º Aquarius. The 5th house is of course the house of our creativity and creations, but it is also very important from the point of view of karmic astrology – it is regarded as the ‘Ascendant’ of our previous life. I find the fact that Wendy has the Sun at 29º Cancer 30’ in her draconic chart very interesting!

Alan Leo: the founder of the Astrological Lodge of London (13 July 1915) has the cusp of his 12th house at 29º Cancer 23’, which is the 8th house (death, transformation) from the 5th house (Ascendant in the previous life).

The first AAGB annual conference was held on 20 September 1969. At this time, John Addey’s secondary progressed Mercury was retrograde at 29º Cancer 46’. His Mercury was still retrograde in 1972 when Charles Harvey became the president.

Charles Carter, the man who was a great support to and patron of the AAGB, had solar arc Moon at 29º Cancer 38’ at the moment of the very first conference! As we know, the seminal Carter Memorial Lecture is the centrepiece of every AA conference, held in memory of him.

Marking Charles Harvey’s enormous contribution to the AAGB, and astrology in general, we have the Charles Harvey Award for Exceptional Service to Astrology which is made every year. Among past winners are Frank Clifford, Wendy Stacey, Deborah Houlding, Dennis Elwell, Nick Campion and others. Roy Gillett received his award in 2009: in September of that year (the time of the conference), his progressed Moon was at 29º Capricorn 51’, in transition towards 0º Aquarius (the spot occupied by the Moon in the chart of Charles Harvey).

In September 2014, Victor Olliver became the editor of The Astrological Journal. His secondary progressed Moon will be at 29º Cancer 59’ on 21 June 2018 – when the AA celebrates its 60 years! To be Journal editor in this time represents a very important thing in Victor’s life, and I would say marks a great turning point as well, both for him and the AA! Victor has his Moon/Saturn midpoint at 29º Cancer, clearly indicating his karmic relationship with the AA.

Checking the ephemeris backwards, I find important eclipses at 0º Leo that might have had an influence on the AAGB. For space reasons I can give only one example: on 21 January 2000, a lunar eclipse at 0º Leo preceded the death of Charles Harvey in that year. In 2000 the award was set up in his name, and Liz Greene was the first winner. On 21 January 2019 there will be another lunar eclipse again at 0º Leo – what this may presage is open to analysis.

Before that, Uranus enters Taurus on 15 May 2018, activating 0º Leo. The next lunar eclipse (on 21 January 2019) will occur between two points of Uranus ingressing Taurus: in retrograde Uranus crosses 0º Taurus in mid-October 2018, and again in direct motion in early March 2019 (but in his own ‘shadow’). Finally, we have to mention the Great Conjunction of Jupiter and Saturn in 2020 (20 December) at 0º Aquarius, which will mark a very important and new age for the AA.

Finally I have a few more personal remarks to make. My thanks to those AA members who gave me their chart for research purposes. Other charts I found at www.astro.com and the AA website.

I myself have the 3/9 axis across 29º Capricorn/29º Cancer, so quite probably this explains why I got to write this piece! The synastry between me and the AA is highly constructive, as may be seen from the charts. But, there is a memory from a previous life, since my draconic Ascendant is at 22º Gemini, across from the AA’s Saturn at 21º Sagittarius!

On the transition from 29º Cancer to 0º Leo – I should explain that this marks the shift from darkness to the light. Cancer is ruled by the Moon (night), while Leo is ruled by the Sun (day). It is the spot on our bodies where the two eyes meet and we call it the Third Eye, the spot between the eyebrows (the Moon – the left eye, the Sun – the right eye). At this spot within the zodiac our intelligence is at its highest and we see into the future.

I wish the AA happy birthday, and hope to meet you all…in the future…. 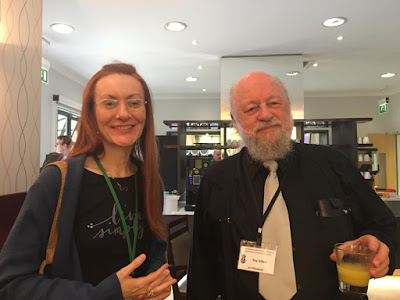 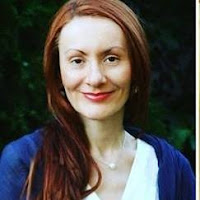 Smiljana Gavrančić  studied astrology at the Institute for Astrological Research and Education in Belgrade (Serbia), graduating in October 2010, after studying International Law at Belgrade University. In March 2011 she became ISAR CAP. Her speciality is mundane astrology, and she is practices karmic/hermetic astrology, astrology of degrees/archetypes (mythology, fixed stars) and synastry.  Her writings have appeared in  The Astrological Journal, The Mountain Astrologer blog, ISAR’s International Astrologer, and Geocosmic Journal (NCGR). Astrodienst (astro.com)  republished her work, too. Smiljana is the editor, founder and owner of IAM –  Infinity Astrological Magazine which is the part of Alexandria iBase Project and Astrodienst. She was a speaker at conferences and workshops in Serbia, Brazil, United Kingdom (48th AA Conference Cambridge 2016 and The Astrological Lodge of London), Greece. In January 2018 she founded her Astro Center  IAM INΦINITY - Αθήνα Center.  Smiljana blogs in Serbian and English at: www.astrologsmiljanagavrancic.blogspot.com  . You can find out more about IAM at www.infinityastrologicalmagazine.com  Contact: smiljana.gavrancic@gmail.com 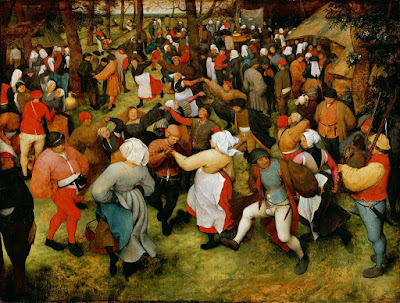