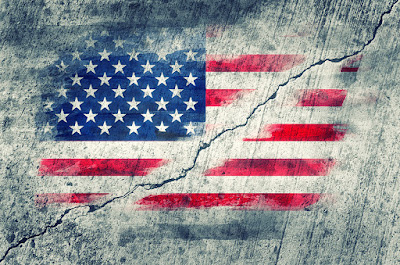 As we know, 2020 is a highly significant astrological year because of the grand conjunction of Jupiter and Saturn at 0º Aquarius. It’s worth reminding ourselves that the secondary progressed Moon of the Bosnian Serb, Gavrilo Princip, was at this degree and in this sign when he assassinated Archduke Ferdinand of Austria in Sarajevo on 28 June 1914, triggering World War 1. At that moment, his secondary progressed Ascendant was at 8º Capricorn, which happens to be the chart spot Saturn did occupy when Uranus ingresses Taurus in May 2018. (All this activates Mars at 8º Aries in the horoscope of  New Russia- 12 June 1990, 13:45 Moscow, Asc 26º Virgo 12'.).

The Jupiter-Saturn grand conjunction is one of the most important events in mundane astrology, and it deserves our attention. It helps us to determine the phase that humanity is in, and it clearly demonstrates social structures, conditions and changes ongoing or to be expected.

The grand conjunction occurs every twenty years, staying in each element for just under 200 years. On 21 December 2020, Jupiter and Saturn conjoin in a new element – air. This element change, called the ‘grand mutation’, marks a period of significance when the focus of humanity starts to alter.

The last grand mutation occurred on 26 January 1842. Jupiter- Saturn conjoined in earth (this is regarded as the beginning of modern ‘materialism’) at 8° Capricorn. If we now progress that chart to 21 December 2020, we find progressed Sun at 0° Leo, therefore opposite 0° Aquarius.

What does all this suggest in coming times, especially in the USA?

A new female major political force in the USA?

The 2020 grand conjunction takes place with the USA’s secondary progressed Moon (female energy in country, woman as woman, women) also at 0º Aquarius. This addition to the conjunction is suggestive of female power. It is within the realm of interpretation that a very important woman could instigate big changes in the USA – and globally. Just before the grand conjunction, the US presidential election [3 November] was held. In the mean time, the US got its first female Vice President, and its first African-American, Asian-American Vice President – Kamala Harris! Read my article ’FOR THE PEOPLE’ from September 2019, where I predicted she will be involved into the US Presidential race. I will add here that when the American Civil War was declared ( 12 April 1861), the US’s solar Arc Ascendant was a 0° Aquarius, too!

In the chart for the beginning of the war, we can see Asc at 27° Pisces, where will be transit Moon when Jupiter/Saturn make their grand conjunction on 21st December 2020! At 27 Pisces, Venus exalts, and there we have an image of true, divine Love, and Love is God, God is Love, this degree we can link with christianity!

Strange or not, but Donald Trump has his draconic Uranus (in natal chart placed in his 10th house – his presidency) at the same degree, at 27° Pisces.Uranus is symbol of shock, revolution, protests. President-elected, Joe Biden, has his draconic Chiron (wounds, healing) at 28° Pisces (very close with Venus’ exaltation degree), and Kamala Harris has at 29 Pisces her draconic Asc. Biden and Harris were speaking about how it is very important to heal the soul of the US nation, which fits perfectly here. Transit Neptune in April 1861 was at 29° Pisces, where is Kamala’s draconic Asc. It is like you are sleeping, dreaming, and soon you are going to wake up, as after 29° Pisces, there is 0° Aries –new life is coming, new cycle is coming.

All three of them are ’meeting’ around 27° Pisces, where the transit Moon wil be on 21st December 2020. Their main lesson is to reach true, divine, pure Love, to reach the God (uncoditional Love) in full sense! Just to remind you, Russia has its axis Asc/Desc (capital Moscow/Russian's open enemies, diplomacy) over 26º Virgo/26º Pisces, very close with 27º Pisces. 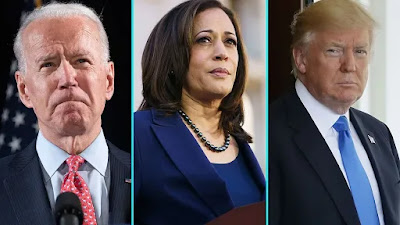 So, in the moment when Jupiter and Saturn will make their meeting at 0° Aquarius, there is a strong message above us about  pure, divine, love, about God, about Christianity, about need to heal the soul of the US nation. But Donald Trump may bring there shocking moments with his draco Uranus.

We can notice that Jupiter/Saturn conjunction is carring within itself strong applying square between Mars 23° Aries 13 and Pluto 23° Capricorn 52’, which is a very clear image of conflicts, wars which may come within this cycle, where we would seek, long, for freedom, but in order you get that freedom (0° Aquarius), there must be some struggle, some conflict, some war. You can notice that on 12 April 1861 the Sun was at 22° Aries, where is Mars transit on 21st December 2020, but also we must recall that Saturn/Pluto conjunction from early January 2020 at 22° Capricorn squared the Sun in the chart of the American Civil War 1861, ’saying’ us even then, ’Hey, People, there is going to be something soon’. At 22 ° Aries, we have the fixed star from Cetus constellation,   (BATEN CAITOS -Belly of The Whale) which always speaks about isolations,having problems with home, refugees. It gives compulsory transportation, change or emigration, misfortune by force or accident, shipwreck but also rescue, falls and blows. Baten Kaitos in The Whale has the character of Saturn, which perefectly fit right now with this story! The Saturnine properties, such as inhibition, reserve, caution, solitude, and simplicity often are forced onto such people either by a mundane power or a higher power. Sometimes ideas are propagated which make life for the native trying or troublesome for the native. To such persons, their fate is usually one of change. People influenced thus tend to depression or dwell on the thought of death. Life often is full of humiliation, renunciation and obstacles. Literally, imagine isolation because of COVID-19 is our own prison, and spending time in selfisolation is the perfect time to rethink about our mistakes, about our lives. The main point regarding BATEN CAITOS  is to admit yourself who you are and what is your true beign. Did you run away from your purpose all your life?  After selfconfession, you should ask the God (the Universe) for honest forgivness after the freedom should happen. This may be the great call for Donald Trump to rethink and to admit he lost election, but also, this is the great call for everyone of us in this world to rethink about our personal lives, and to admit where we made wrong!

Also, we can notice Mars at 6° Gemini and Uranus at 9° Gemini in the chart of the American Civil War. On 30th November, 2020, there will be the lunar eclipse at 8° Gemini, ’hitting’ the US Uranus (again Uranus, again stress, shock, protest, revolution) in its 8th house (conflicts). Axis 9º Gemini/9º Sagittarius is well known as aixs of Aldebara/Antares, 'Watcher of East' (Russia) and 'Watcher of West' (usually EU, but US too).. This is also some kind of call for making balance, diplomacy, between two eneimes, Russia and the US!

At the same place, at 8º Gemini, Donald Trump had his prenatal eclipse, solar one, but at the same place, and ruler of his prenatal eclipse, Mercury ’out-of-bounds’ at 8° Cancer (oposite of 8° Capricorn-this degree I have mentioned at the beginning of this article).  I can suspect Donald Trump may do, may say better say, something very shocking (as his Mercury is OOB) around the end of this year, as at 8° Cancer we are having the last lunation in 2020, on 30th December there will be the Full Moon!

President-elected Joe Biden has his natal Saturn (responsability), as well as his secondary progressed (and Solar Arc) aixs IC/MC over 9° Gemini/9° Sagittarius. This is very huge sign, that conflicts are more then possible, that some kind of ’second civil war’ might be in the air, if we know the  fact that Donald Trump still refuses to accept the results of the last US Presidential election (3rd November 2020).  It is very clear that Joe Biden with his Saturn there will try to calm situation as much as he can...Biden's progressed Mars (confilicts) is at 7° Capricorn 53' (well, almost 8° Capricorn)!

I noticed axis of lunar nodes in the chart of the American Civil War 1861 went over 17° Cancer24’/17° Capricorn 24’, and if I tell you now that the US has in its horoscope asteroid Koronis at 17° Capricorn (plus, asteroid Koronis was places at 18° Cancer when it was discovered) – you  understand what I want to say you?! Covid-19 issue speaks even through the chart of the American Civil War 1861 as very important issue which could lead the US into ’civil war’.

If you do secondary progressions of  the chart of the American Civil War 1861, you can see progressed Moon at 26° Pisces 19’ on 21st December 2020, which means that on Inauguration Day (20th January 2021) it will cross over 27° Pisces –so important place within the Zodiac, for connecting with true, pure, divine, uncoditional Love, for connecting with God!

In mundane astrology Aquila rules the US, space exploration, bombs and missiles. Aquila constellation speaks about wars, ariplanes, aviation and always represents the most powerful aviation of one country, which the US aviation is, through wars mostly.

Very soon, in February 2020, the US will have its first Pluto's opposition to natal RxMercury 24 Cancer (ruler of its Uranus 8 Gemini as well as ruler of 8th house (wars, conflicts) in the horoscope of the US. It is very possible the US may start to be involved again in some conflicts, somewhere where its army already has been sent in the past...

You can book your personal reading with Smijana in advance. Readings are availabe in English and Serbian. Payment goes via PayPal (for readings in English).  Contact: smiljana.gavrancic@gmail.com 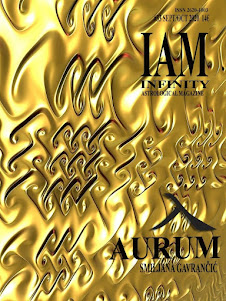